Shares of Edison International (NYSE:EIX) slumped 16.6% in October, according to data from S&P Global Market Intelligence. The stock saw declines related to concerns about the impact from the California wildfires, and it then continued to move lower following the publication of its third-quarter results at the end of the month. 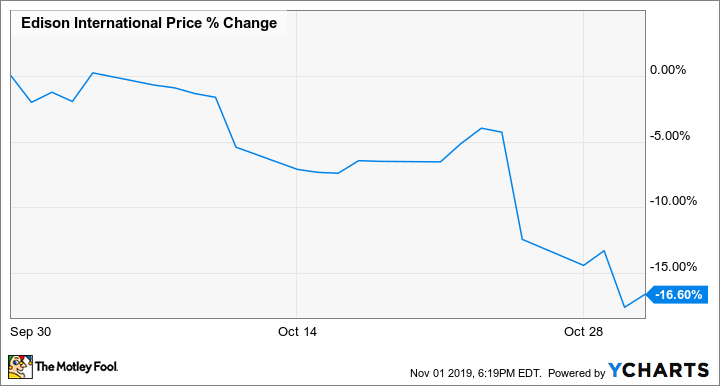 Edison published its third-quarter results on Oct. 29, delivering earnings that fell short of the analyst target. The utility also announced that equipment at its Southern California Edison branch was also likely connected to the Woolsey Fire in the Malibu region in 2018. 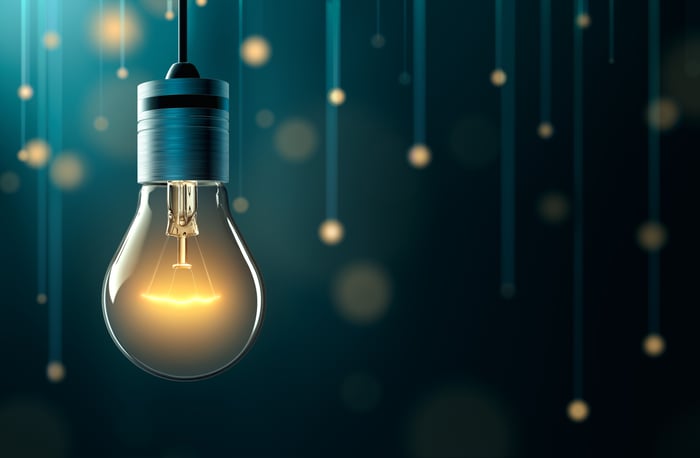 Management revealed during the earnings call that investigators had found that the company's equipment had started the fire in Woolsey Canyon that went on to damage Los Angeles and Ventura counties last year. Culpability for the fire could expose Edison International to large penalties, as over 1,600 structures were destroyed and financial damages are estimated to be in the $4 billion range. As reported by The Los Angeles Times, Edison is seeking to limit its liability for the California wildfires if it's unable to pass along related costs to customers.

For the September quarter, the company recorded earnings per share of $1.36, and $1.50 per share for its core operations. The average analyst estimate had called for EPS of $1.58, according to data compiled by Thomson Reuters. Edison did hike its earnings target for its core operations to between $4.70 and $4.90, with the midpoint of the target representing a $0.09 increase from the previous target. Edison expects a $0.29 per share loss on noncore items, putting its midpoint full-year earnings target at $4.51 per share.

Edison stock has seen some recovery in November, with shares trading up roughly 5.5% in the month so far. 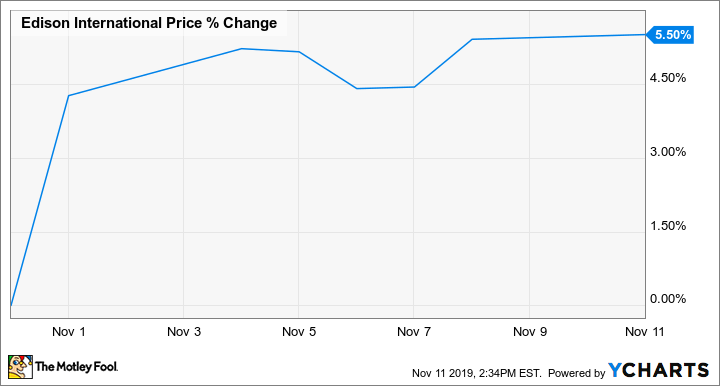 The energy stock trades at roughly 14 times this year's expected earnings and has a 3.7% dividend yield, but investors looking for solid income plays in the utilities space might want to stay on the sidelines until the outlook on the wildfire damages becomes more clear.