There are many ways users can consume cannabis, and beverages could soon become a very popular option. With big beverage companies including Constellation Brands (NYSE:STZ) and Anheuser Busch InBev (NYSE:BUD) showing an interest in the cannabis industry and working on developing products for it, consumers could soon see some exciting new drinks available.

Before the year is over, we'll probably see some new products hit store shelves in Canada. The launch of edibles is now under way, with companies in a holding pattern until mid-December as applications are processed. And while getting the formula down is going to be crucial for companies to succeed in the beverages segment, infusing cannabis into a drink is getting a whole lot easier; there are even dissolvable tablets available for consumers to do the mixing themselves.

However, one company is looking at a very different approach, and that's brewing drinks directly from cannabis, rather than infusing them with tetrahydrocannabinol (THC) or cannabidiol (CBD).

Brewing beverages from cannabis: a first for the industry

Province Brands of Canada, a cannabis company based in Toronto, has been working on a technology that will give it a unique way to produce cannabis drinks. In October, it filed a patent application for a strain of yeast that will make its fermentation process much more efficient. Not only will the newly developed strain make it more cost-effective for Province Brands to make beverages, but it'll also give the company more flexibility when it comes to quality and flavor. And flavor is going to be crucial, as cannabis beverages, whether infused or not, are going to have to taste good to be popular with consumers. 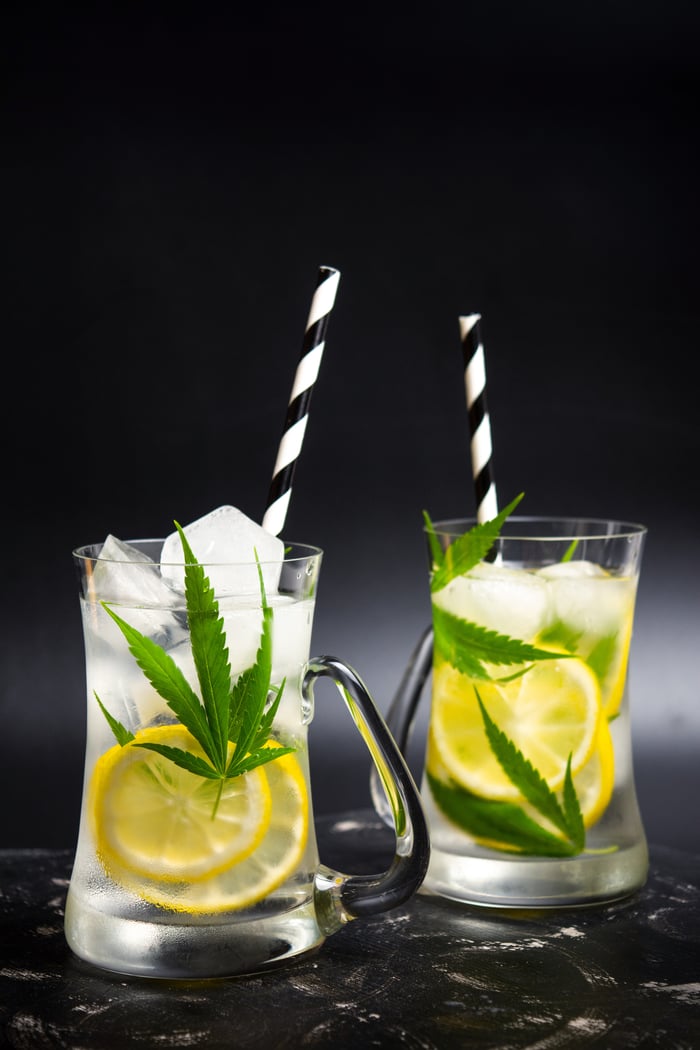 Province Brands appears ready to go for the launch of edibles, noting in its release that it "currently has a diverse premium portfolio of adult beverages." The company's "first-of-their-kind luxury beverages" could command a significant margin, and they could even win over customers who don't like the taste of beer.

Is an acquisition or investment inevitable?

Province Brands is still a private company, but if its products prove to be as popular as the company hopes, it may not take long for a bigger player like Constellation or Anheuser to take notice and make a bid. And even if the drinks aren't successful, the technology and patents could still make the company an attractive investment.

One other company to watch could be Aurora Cannabis (NASDAQ:ACB). While in the past it has downplayed its interest in the beverages segment of the market, that could change in a hurry if the drinks prove to be a hit with consumers. And rather than finding a partner to work with or developing its own drinks, it could expedite that process by being able to tap into another company's expertise and products, which is where acquiring Province Brands could become an intriguing option.

Many cannabis companies have struggled and have been burning significant amounts of cash over the past year, and it may just be a matter of time before Province Brands needs to dip into the equity markets to raise funding as well, which would make an investment or partnership all the more inevitable.

What does it mean for cannabis investors?

When beverage products roll out in Canada, consumers will have many options to choose from, and investors will want to keep an eye on what the early numbers show. Any insight on which products are popular could be valuable when determining which company might hold an advantage in the segment. And if Province Brands' drinks prove to be a success, investors may also want to keep a close eye on Aurora and other marijuana stocks  without beverage deals that could be looking to make a big play.