On May 8, 1886, John S. Pemberton created a drink called Coca-Cola (NYSE:KO). It was served nine times a day to the customers at a single soda fountain in Atlanta, Georgia. By 1895, Coke was consumed in every state of the country. By the time the company sold shares to the public in 1919, Coca-Cola was opening bottling plants around the world from the Philippines to Europe.

Coca-Cola's initial public offering (IPO) was on Sept. 5, 1919. Shares of the company were first sold at $40 per share. The stock has split 11 times over the years, including one stock dividend in 1927. Unfortunately, a stock split is not free money. You receive more shares, but the stock price is cut proportionally so that the value of your investment stays the same.

If you are lucky enough to have had a great-grandfather or -grandmother buy one share of Coke stock at the IPO price -- which might have happened if your relatives are from Quincy, Florida -- that one share would have turned into 9,216 shares after all the stock splits. Those shares would be worth $486,604 today at the current market quote of $52.80 per share. 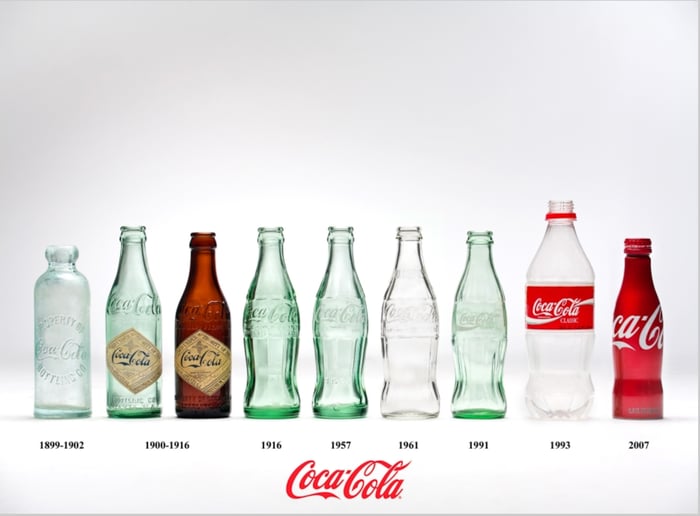 But what about dividends?

Coca-Cola is a true Dividend King. The company has paid a dividend every quarter since 1920 and has increased the dividend for 55 straight years.

I don't know whether I'd be more pleased to own $12 million worth of the stock or receive a six-figure income compliments of Coca-Cola. That's a sweet reward for sticking with a company through a Great Depression, wars, and several recessions over the last century.

The company says that the secret formula for Coke has been locked up in a vault in a bank in Atlanta since 1925. If I was lucky enough to own that much Coke stock, I would hope so.

The formula that makes Coca-Cola is obviously invaluable. It's estimated that if all the ounces of Coke ever produced were put in eight-ounce bottles and laid end to end, they could create a bridge to the moon and back 2,051 times. That's nearly half a billion miles of bottles.

As for those Coke bottles, there was genius thinking behind their conception. The iconic contour shape of the old Coke bottles was first designed in 1915, and the shape had a specific purpose. The Coca-Cola Company wanted the bottle to be unique so that "it could be recognized by feel in the dark or identified lying broken on the ground."

No question, great marketing and a universally appealing flavor have made Coca-Cola one of the greatest consumer stocks to own over the last century.