Please ensure Javascript is enabled for purposes of website accessibility
Free Article Join Over 1 Million Premium Members And Get More In-Depth Stock Guidance and Research
By John Bromels - Nov 12, 2019 at 6:44AM

A better-than-expected earnings report set off a string of analyst upgrades.

Shares of Indian carmaker Tata Motors ( TTM 1.98% ) -- which also owns Jaguar and Land Rover -- soared 44% in October, according to data provided by S&P Global Market Intelligence. The biggest jump occurred after the company released earnings on Oct. 25, with another boost on Oct. 29 after key analyst upgrades.

You wouldn't ordinarily expect a 9% year-over-year decline in overall revenue coupled with a $30.6 million loss plus a massive domestic market decline in India to be cause for celebration. But as with most things related to earnings, it was all about the expectations. 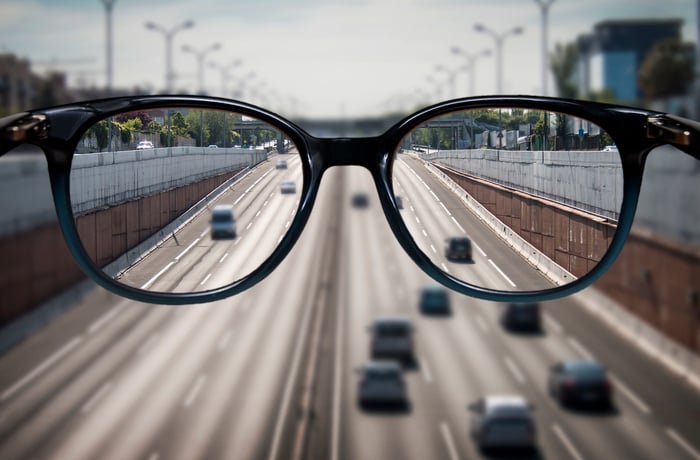 Tata Motors has underperformed in the past, but its long-term outlook may be improving. Image source: Getty Images.

Because the stock market had expected Tata to lose a massive $219 million, the comparatively modest loss -- which was due largely to the strength of Jaguar and Land Rover sales -- caused investors to bid shares higher. Indeed, Jaguar Land Rover is now responsible for almost 75% of the company's sales, is profitable, and is expected to see improvement in margins and cash flow for the rest of the fiscal year (which runs through March 2020).

In response, several analysts upgraded their targets on the stock, causing an additional bump in share price.

Over the past five years, Tata's stock price has slid 73.6%. It has completely cut its dividend. It's not profitable. Those three facts put together will be enough to turn off a lot of investors.

On the other hand, the Jaguar and Land Rover brands have proven quite resilient, and look like they have good potential for growth. It may be a heavy lift, given Tata's domestic woes, but even after October's run-up, shares are still fairly inexpensive. Investors who don't mind the risk and are bullish on Jaguar Land Rover might consider taking a closer look.