Twitter's (NYSE:TWTR) recent announcement that it will ban political ads on its platform starting on Nov. 22 has been a hot topic of discussion for a variety of reasons.

First, the move puts the tech company in sharp contrast with one of its main social media competitors, namely Facebook (NASDAQ:FB). Facebook CEO Mark Zuckerberg has been adamant about his decision to allow political ads to run on the company's social media platform, even if such ads stretch the truth -- to say the least.

Second, this once again puts issues surrounding the role a few major tech corporations play regarding free speech rights in our digital age at the forefront of public discussion. As interesting as such debates sound, though, there is a more-pressing matter investors might want to consider: Will this move pay off for Twitter? 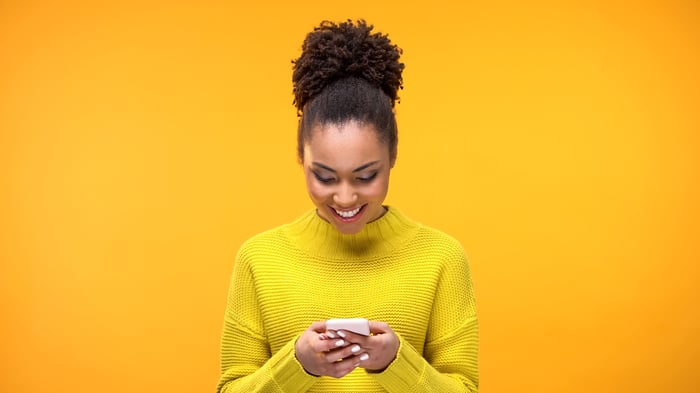 Investors should first consider what impact the move to ban political ads will have on Twitter's top line. The company generates the bulk of its revenue from advertising. In its latest reported quarter, ads accounted for 85% of revenue. But political ads made up just a small fraction of the total. Twitter CFO Ned Segal noted that, during the 2018 election cycle, the company made less than $3 million in political ads revenue. Twitter's total ad revenue for 2018 was roughly $2.6 billion.

So it's clear that the company's political ads revenue in a non-presidential election year had little material impact on the overall ad revenue that year. Sure, next year's election cycle promises to be exponentially bigger because of the U.S. presidential race. But other platforms -- such as Facebook -- would have likely eaten up the lion's share of the political ad revenue during the 2020 election cycle even if Twitter had not made its recent move. According to Zuckerberg, political ads will amount to about 0.5% of his company's top line next year. If the company racks up at least $55 billion in revenue (at it did last year), political ads would account for about $275 million of the total.

Twitter's move to ban political ads likely won't make a significant financial impact on its earnings, but what public message is the company trying to send with this policy change? CEO Jack Dorsey released a lengthy tweet thread on the company's platform to announce this new development, and the message was clear: Twitter takes the responsibility that comes with the immense power to reach billions of people worldwide seriously. To quote the man himself:

This isn't about free expression. This is about paying for reach. And paying to increase the reach of political speech has significant ramifications that today's democratic infrastructure may not be prepared to handle. It's worth stepping back in order to address.

Despite Dorsey's noble intentions -- which have been applauded by some -- it is doubtful whether all interested parties will be satisfied with the move.

Political ramifications aside -- and despite some backlash from investors -- this move probably doesn't mean all that much for Twitter in the long run. The company's earnings likely won't suffer too much, if at all, nor will its public image be fundamentally altered. This move generated a lot of smoke, but when it comes down to it, there is little fire to be concerned about.