Taking a cursory glance at Plug Power's (NASDAQ:PLUG) third-quarter earnings, investors found a mixed bag from the fuel-cell specialist. On one hand, the company met analysts' earnings expectations by reporting an $0.08-per-share adjusted loss, yet the company failed to deliver on the top line. Whereas analysts were looking for the company to report revenue of $59.2 million, Plug Power only booked $56.4 million on the top line. So what had investors so disappointed that shares fell nearly 7% from the day before the company reported to the day of the report?

With 2019 winding down, investors wanted to see that Plug Power was well on its way to meeting management's guidance for the year. Alas, some of the numbers didn't seem to point in that direction. Let's take a closer look at the particulars to see what the market found so disconcerting. 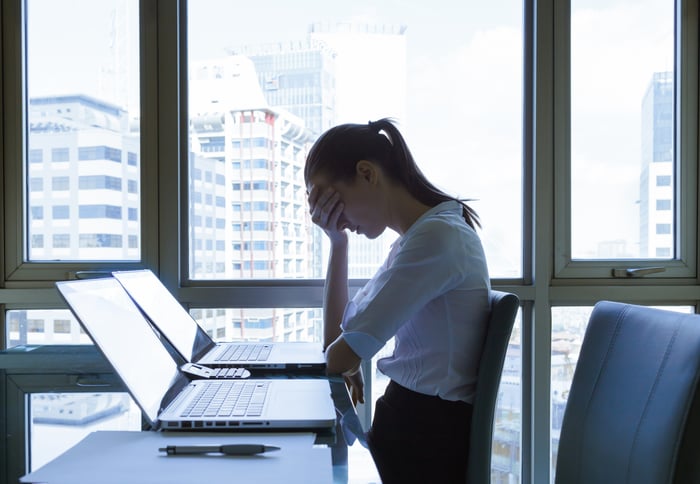 Management, nonetheless, seems confident that it's well positioned to fulfill its forecast. On the conference call, Andy Marsh, Plug Power's CEO, said, "Fourth quarter will be a record for Plug Power as we are on track to achieve $235 million to $245 million in revenue." And the fact that the company ended Q3 with $80.6 million in inventory on its balance sheet (compared to $53.4 million in Q3 2018) suggests that it may, in fact, prove the skeptics wrong.

Refraining from issuing specific guidance, Plug Power noted in its Q1 letter to shareholders that the company expected that "operating cash flows for the full year may be somewhere between slightly negative to slightly positive, given timing on deployments and accounts receivable collections." This electrified investors' hopes, for the company has averaged annual operating cash flow of negative $49 million over the past three years, coming closest to breakeven over the past 10 years in 2012, when it reported negative $20 million in cash from operations, according to Morningstar.

Through the first nine months of 2019, Plug Power has reported negative operating cash flow of $51.8 million; consequently, the company will have to turn in a record-shattering performance in the fourth quarter in order to achieve the bottom end of its vague operating cash flow guidance of "somewhere between slightly negative to slightly positive."

The start of something good

During its first annual Plug Power Symposium this past September, the company revealed a five-year plan, which, among other things, revealed the company's expectation that it will generate adjusted EBITDA (excluding noncash charges for customer warrant charges) of $200 million by 2024. For some context on how impressive a feat meeting this target would be, Plug Power has reported annual adjusted EBITDA of negative $17.5 million and negative $32.8 million in 2018 and 2017, respectively.

Final words on this fuel-cell leader

In the coming weeks, investors will certainly want to see if the company can make good on its promises of gross billings and adjusted EBITDA. However, I'll be more interested to see how the company fares in regard to its operational cash flow. Should the company continue to burn cash in the fourth quarter as it has so far in 2019, investors can expect either to suffer from further dilution as the company taps the equity market or to experience further peril as the company weighs down its balance sheet with more debt -- neither of which is ideal for a growth company such as Plug Power.