An increasingly popular outerwear maker slumped on the day, as did an Asian entertainment streamer.

For a third straight day, the stock market as a whole barely budged. At closing time, most major indexes were slightly higher or a touch lower, making for yet another flat day in what's turning out to be a sideways week.

Yesterday in this space, we took a look at one stock that resisted the trend by shooting higher. Today, for a switch, we'll explore a pair of stocks that sagged. 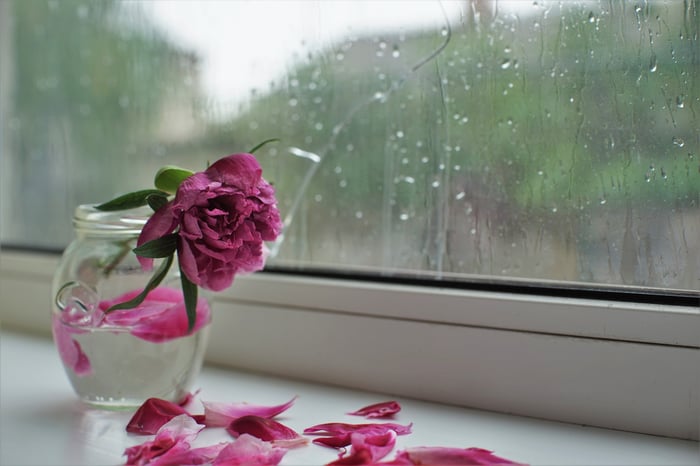 Wednesday was a memorable, up-and-down day for luxury outerwear specialist Canada Goose Holdings ( GOOS -7.26% ). On the back of its latest earnings report, released before market open, the company's stock flew higher. Before long, however, it plunged toward the ground, recording a nearly 11% decline on the day.

Those headline numbers handily beat analyst estimates. On average, those prognosticators were anticipating CA$267 million ($201 million) on the top line and CA$0.43 ($0.32) in per-share profitability.

So what was the problem?

Some Canada Goose chasers believe it was guidance, which the company left unchanged. The company is expecting around 25% annual growth in sales for fiscal 2020, and a 20% improvement in earnings.

This outlook, which was proffered earlier this year, actually represented a cut in the company's previous estimate for revenue. The numbers are also some distance down from Canada Goose's growth rates in the past.

What was likely a bigger factor is the current unrest in Hong Kong, plus the slog that is the U.S. trade war with China. Asia is -- or was -- a growth engine for Canada Goose, with sales there nearly doubling year over year to almost CA$49 million ($37 million) in Q2. That CA$49 million, by the way, comprised 17% of Q2 total revenue.

I don't feel Canada Goose fully deserved the goosing it received from the market today. That said, the stock is still priced a bit high on both a dollar and a valuation basis.

The company still has fine growth potential (revenue/profit growth in the 20% neighborhood is nothing to sneeze at), but it's probably worth waiting for the share price to ease a bit more.

Canada Goose shares might have had a bumpy flight on Wednesday, but tech stock iQiyi ( IQ -15.74% ) is experiencing a turbulent year.

The company, a streaming entertainment purveyor more or less akin to our Netflix, has seen some notable share price volatility so far in 2019. Wednesday was a downer for iQiyi, with its American depositary receipts (ADRs) declining by over 4%.

That goes against the recent investor sentiment on the stock, which had been fairly bullish. iQiyi's Q3 of fiscal 2019 results, unveiled last week, revealed decent (7%) year-over-year revenue improvement on the back of a nice 31% rise in subscriber count from the company. Meanwhile, the net loss was slightly less severe than analyst estimates.

But with every quarter that shows a deficit -- and iQiyi has had more than its share of them -- investor faith melts away that much more. Meanwhile, the company operates in an industry that, like its U.S. counterpart, is facing rising content costs. iQiyi is now a robust developer of its own content, and its expenses reflect this.

I also think U.S. investors, fully cognizant of the streaming wars that are heating up in this country, fear the same could happen in China. It's a very entrepreneurial country, so we shouldn't be surprised if some enterprising person or company is scheming to knock iQiyi off its perch.

I'm not a fan of rolling net losses, and I'm not convinced iQiyi -- despite its popular original content -- has an unassailable position on its market. I think there are better stocks for entertainment industry investors to consider.

Why Canada Goose Holdings Stock Was Down on Wednesday