Shares of comScore (NASDAQ:SCOR) have popped today, up by 22% as of noon EST, after the market research and measurement company disclosed insider buying activity. Three executives, including new CEO Bill Livek, have been scooping up shares in the wake of third-quarter earnings results released last week.

Regulatory filings from yesterday show that Dale Fuller, Brent Rosenthal, and Livek have been buying comScore shares in a series of transactions since last Thursday. Fuller and Rosenthal serve on the company's board of directors, and Livek was appointed CEO last week. Importantly, the buying activity happened via open market purchases and was unrelated to stock-based compensation. Fuller purchased approximately $64,500 worth of comScore shares, Rosenthal invested nearly $150,000, and Livek scooped up over $1 million in stock. 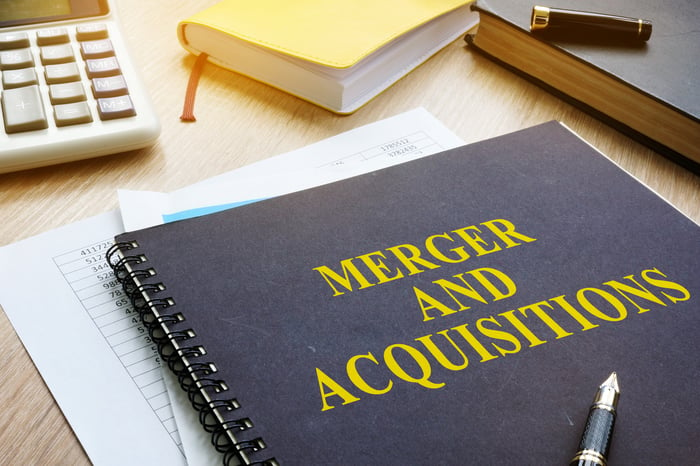 comScore has taken an unusual approach to Livek's compensation structure, which strongly incentivizes the incoming chief executive to orchestrate a sale of the company. Livek is eligible for two separate one-time cash bonuses of $1 million each if he is able to refinance comScore's outstanding convertible notes and/or successfully sell the company. comScore had issued convertible notes to activist investor Starboard Value in early 2018.

If the company is able to sell itself, Livek will also receive a percentage of the gross transaction proceeds if the sale price is $500 million or higher. comScore's current market cap is around $275 million. Livek is also permitted to buy up to $4 million in comScore shares in the open market provided he is not in possession of inside information at the time.