Following rumors that have circulated all year, this week, Apple (NASDAQ:AAPL) introduced its highly anticipated 16-inch MacBook Pro. The new notebook, which starts at $2,399, will become Apple's flagship professional laptop, replacing the 15.4-inch version that has now been discontinued.

Apple has been accused of ignoring professional users in recent years, with the Cupertino tech giant addressing those criticisms by refocusing on high-end devices catered to pros -- and charging them handsomely for the performance. 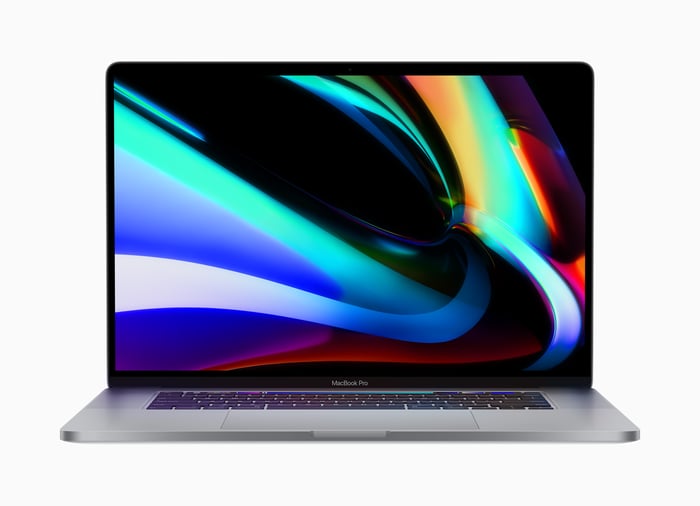 Back to scissor keyboards

Arguably the most important change in the new model is that Apple is finally ditching its beleaguered butterfly keyboards, which it has been trying to fix with three generations of tweaks over the past four and a half years. Despite the design tweaks, users still faced ongoing reliability issues.

Apple had adopted the butterfly keyboards in its never-ending quest to make the thinnest and lightest products, which means that the new 16-inch MacBook Pro is slightly thicker and heavier than its predecessor. The laptop uses a traditional scissor mechanism, with Apple branding it as a Magic Keyboard similar to its stand-alone wireless keyboard for desktops.

"We had some [keyboard] quality issues we had to work on," marketing chief Phil Schiller told CNET. "Over the years we've been refining that keyboard design, and we're now on the third generation, and a lot of people are much happier with that as we've advanced and advanced it." 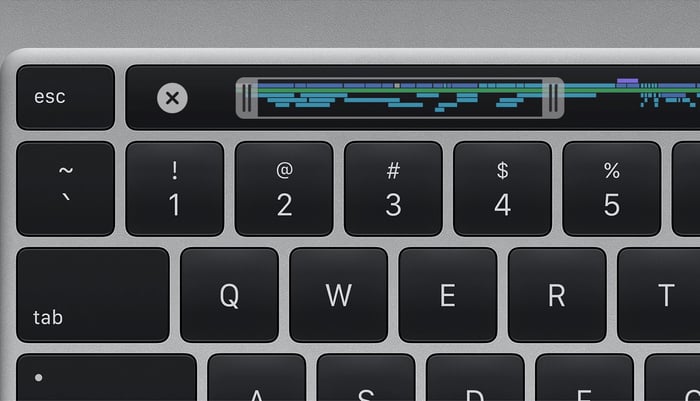 The keyboard also includes a physical escape key, which had been a prominent gripe among professional users who didn't like the virtual escape key found on the Touch Bar.

I just got a new macbook pro, and it's lovely. But I would gladly trade the touch bar for a real escape key.

"If I were to rank the [Touch Bar] complaints, No. 1 was customers who like a physical Escape key," Schiller added. "It was just a hard adaptation for a lot of people."

The Mac business is still growing

In terms of other specs, the increase in display size is relatively modest, with Apple including slimmer bezels on the laptop. Apple has redesigned the thermal system in order to reduce the likelihood of thermal throttling that the previous MacBook Pro sometimes ran into. There is a new six-speaker, high-fidelity audio system alongside high-performance microphones.

The new MacBook Pro is powered by ninth-generation Intel chips and AMD Radeon Pro graphics. Power users can configure up to a whopping 8 TB of storage for the machine; a maxed-out laptop with all the bells and whistles tops out at $6,099.

For the past year has, Apple been emphasizing greater performance and higher prices on its Macs. The company updated the Mac Mini last year, including much beefier specs while also jacking up the price for its most affordable Mac desktop. Apple also confirmed yesterday that the Mac Pro would start shipping next month. Overall, the strategy is working: The company's Mac business set a new revenue record last fiscal year.