Please ensure Javascript is enabled for purposes of website accessibility
Log In Help Join The Motley Fool
Free Article Join Over 1 Million Premium Members And Get More In-Depth Stock Guidance and Research
By Donna Fuscaldo - Updated Feb 11, 2021 at 10:14AM

Investments promising to make you rich by dropping the names of celebrities are all the rage. But more often than not, they're scams designed to prey on your fear of missing out.

Investing isn't a sure bet. To succeed, slow and steady usually wins the race. That hasn't stopped scores of people from falling victim to get-rich-quick schemes. They ignore the old adage that, if it's too good to be true, it probably is -- and lose their money.

Who can blame them? Some of these get-rich-quick schemes come with the full backing of celebrities and business moguls. Victims think they're investing alongside their favorite movie star or billionaire, but it's usually a scammer who disappears with their money.

Billionaire Richard Branson raised the alarm about these get-rich-quick scams in a blog post this summer:

We are very concerned that more and more people are being scammed by fraudsters impersonating me. Scammers often send private messages over social media or email pretending to be me or my senior team. They also use my name and photo to falsely endorse get-rich-quick schemes.

The founder of Virgin Group said he's been linked to binary trading and cryptocurrency get-rich-quick scams and often appears in fake ads and social media posts that promise people riches. "We have dealt with hundreds and hundreds of instances and tackle more every week... But, sadly, the scams are not going to disappear overnight," wrote Branson. He urged everyone to report any get-rich-quick ads or scams they spot. 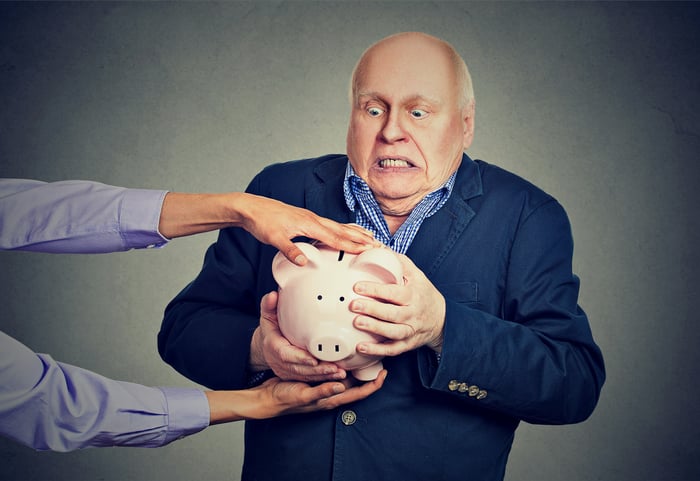 In another recent example, the Federal Trade Commission announced that a federal court issued a temporary restraining order against Zurixx, a Utah company that hosts real estate seminars. It's being barred from operations after using deceptive promises of big profits to trick consumers into investing in real estate classes. The company routinely featured falsified celebrity endorsements from home improvement TV stars including Tarek and Christina El Moussa from HGTV's Flip or Flop, Hilary Farr from HGTV's Love It or List It, and Peter Souhleris and Dave Seymour from A&E's Flipping Boston.

To lure people in, the company held free events that were really sales presentations to get people to spend nearly $2,000 on a three-day workshop. At the workshop, individuals were then pressed to purchase additional training to the tune of more than $40,000.

Those are just two examples of the get-rich-quick scams that rely on celebrities' likenesses making the rounds. It's only getting worse thanks to artificial intelligence. Today, fake videos and images known as deepfakes are flying across the internet, distorting pretty much everything. It's getting hard to tell what's real and what's not. The problem is made worse because of the ease in which these deepfakes can be created.

Deepfakes aren't going away, but that doesn't mean there aren't ways to protect yourself. The best way to approach every investment idea is with a discerning eye.

How to avoid being scammed

It doesn't matter if a respected businessman or your favorite talk-show host is purportedly backing the strategy -- you have to do your own due diligence and not rely on an ad you see on Facebook or a trading blog. It's not enough to ask questions -- you have to confirm the information with independent sources, not the company hawking the investment idea. A search of the celebrity's own website can clue you in if he or she is really an investor.

Another red flag is if it seems too good to be true. Marketers who make false claims ultimately end up in hot water with regulators. A false get-rich-quick claim that a famous person made money the same way is a violation of FTC rules.

Reputable companies don't want to be in the crosshairs of the government, but scammers are willing to take the risk. They prey on your fear of missing out on making money. But any pitches that focus on how everyone is investing, including celebrities, should be a big red flag. Just because "everyone" is doing it doesn't mean it's right for you. Consider whether it makes sense and if it's based on a sound and verifiable investment idea rather than focusing on who is supposedly investing.

Those promises of millionaire riches with little in the way of effort sound too good to be true because they are. A better way to make money investing is the tried and tested way: researching all aspects of an idea before making a move. Arming yourself with as much knowledge as possible will help you avoid investment schemes like the plague, even if a Hollywood heartthrob is apparently investing in it.

3 Surprising Downsides to Investing in Your 401(k)