Please ensure Javascript is enabled for purposes of website accessibility
Free Article Join Over 1 Million Premium Members And Get More In-Depth Stock Guidance and Research
By Daniel Sparks - Nov 15, 2019 at 7:09AM

Don't miss the stories behind these companies' soaring stock prices.

As usual, earnings season brought with it its fair share of surprises and volatility. But three stories, in particular, are worth a closer look. Tesla ( TSLA 1.64% ), Apple ( AAPL 2.28% ), and Walt Disney ( DIS 1.68% ) have all seen their stocks soar this season as their quarterly performances surpassed expectations.

Here's a look at these companies' latest results -- and why investors have been bullish on their stocks. 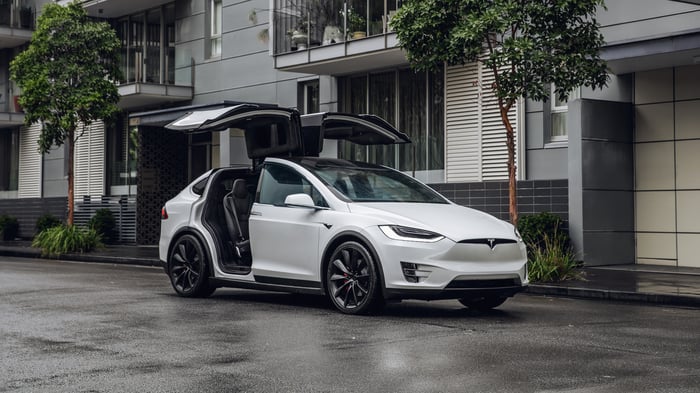 Shares of electric-car company Tesla have skyrocketed in the weeks since the company's third-quarter earnings report. The stock has risen more than 38% since the quarterly update was posted on Oct. 23, helped by a 29% gain in the two days following the release.

Investors were impressed with the company's non-GAAP (adjusted) earnings per share of $1.86. This was much better than analysts' average forecast for a loss per share of $0.42.

With management once again reiterating in the quarterly update that its business has scaled to the point of being self-funding, the market's confidence in the company's growth story is improving.

Tech company Apple not only beat analyst expectations for its fiscal fourth quarter, but also provided better-than-expected guidance for its important holiday period.

The strong results were helped by an acceleration in the growth rates of the company's two fastest-growing segments: services, and wearables, home, and accessories. Revenue in these two segments jumped 18% and 54%, respectively, year over year.

Apple stock is up more than 8% since its earnings report late last month.

But the stock got another boost more recently when Disney announced that its new streaming service, Disney+, garnered over 10 million subscribers by Nov. 13 -- one day after its launch. The new service's momentum bodes well for Disney's ongoing efforts to beef up its direct-to-consumer positioning and become less reliant on traditional television.

Shares of Disney are up more than 10% since the company reported its fiscal fourth-quarter results on Nov. 7.