Tilray (NASDAQ:TLRY) released its latest quarterly results Nov. 12, and it failed to excite investors with another disappointing performance. But it wasn't just the fact that the company posted yet another loss that was worrying. Here are four numbers that should make investors think twice before investing in the stock today.

What's perhaps most surprising about the company's recent earnings is that the adult-use market accounted for less than one-third of Tilray's sales during the quarter. That's the segment of the market that should be driving a lot of the company's growth, and while it's adding to Tilray's top line, it wasn't as strong as investors hoped for. By comparison, Aphria (NASDAQ:APHA) generated $20 million in adult-use sales during its most recent quarter.

Not only that, but Tilray's hemp sales of $15.7 million were nearly as much as recreational market sales during the quarter. While it's a good thing that Tilray is diversified in its revenue streams, it's surprising to see the gap be as narrow as it is given the strong growth that was expected in the industry.

This is definitely something investors should keep an eye on going forward, especially as the retail model continues to develop in Canada, which should help adult-use sales grow at a stronger rate. 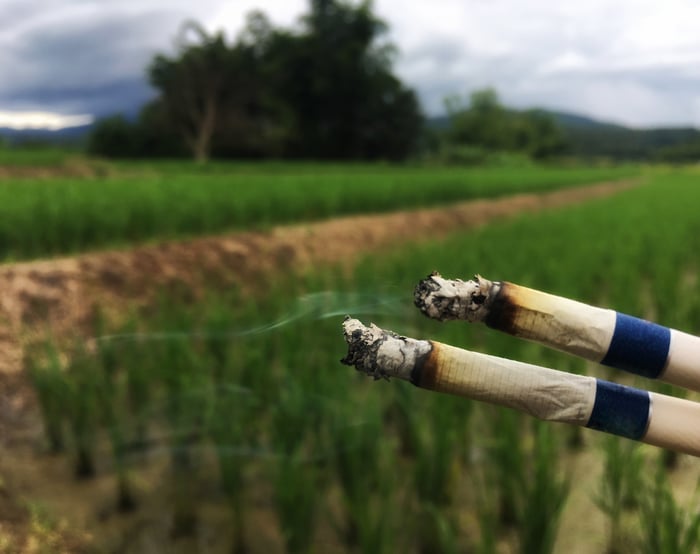 A year ago, Tilray incurred just $1.4 million in interest costs over the trailing nine months. In just Q3, Tilray's interest expenses came in at $8.7 million. With the company already recording an operating loss of $23.3 million during the quarter, which was already worse than in the previous year, rising interest expenses dragged the company's bottom line even further down.

This is an especially important figure to keep an eye on given how much share prices in the industry have fallen. Tilray is no exception as, year to date, the stock is now down more than 70% with seemingly no bottom in sight. And the worse the stock performs, the less likely it is management will want to go through the equity markets to raise cash, which could result in loans being taken out and even greater interest costs down the road.

Had Tilray not generated more than $13 million in income from its acquisitions during the quarter, the company's losses would have been even more significant in Q3. A year ago, the company didn't have the benefit of such incomes boosting its bottom line, and it effectively skewed the current quarter's results.

While acquisitions are a good way to grow and expand the business, they can also create some big inefficiencies and add costs along the way as the company works to incorporate the different businesses under one umbrella. Even amid all the turmoil in the industry, Tilray announced in August that it had acquired cannabis retailer FOUR20 in an all-stock deal.

Investors should keep a close eye on acquisitions such as this. Too many purchases could do more harm than good to the company's financials as the incremental benefits may not outweigh the additional costs.

4. $387 million burned in cash and cash equivalents this year

At the beginning of the year, Tilray had $487 million on its books related to its most liquid assets, cash and cash equivalents. As of September 30, though, that figure fell to just over $100 million. At that rate, Tilray could burn through the current cash it has on hand before Q4 is over, and with the launch of edible and other derivative products in Canada underway, there could be even greater needs for cash in the short term. That could lead to Tilray issuing more shares or taking on more debt -- and neither situation is ideal for investors.

There are some big concerns surrounding Tilray in both the short and long term. Its lack of profitability and cash burn are some serious problems that aren't likely going to be resolved anytime soon.

For investors, the bad news is that this could make Tilray's already-weak stock price fall even further in value. And at more than 15 times its sales and five times book value, Tilray is still not a cheap stock to buy today, especially in light of its most recent results. Pot stocks as a whole are very risky buys today, and Tilray is no exception.