When times get tough, companies cut back. They cut back on production, spending, and investment as sales decline and the future becomes uncertain. In these times, software that helps cut costs by identifying inefficiencies and has the ability to pay for itself can be extremely valuable. Aspen Techology (NASDAQ:AZPN) is the company that sells that software.

AspenTech provides a range of asset optimization software to capital-intensive companies in industries like energy and pharmaceuticals. Last month on their earnings call, CEO Antonio Pietri reported: "...customers are telling us that through the one or two saves that they achieved after they implement Mtell, they are recovering the cost of the investment." Through Mtell and other products, AspenTech is helping their customers "optimiz[e] their assets to run safer, greener, longer, and faster." This is probably why the company has attracted over 2,100 companies from numerous industries as customers. 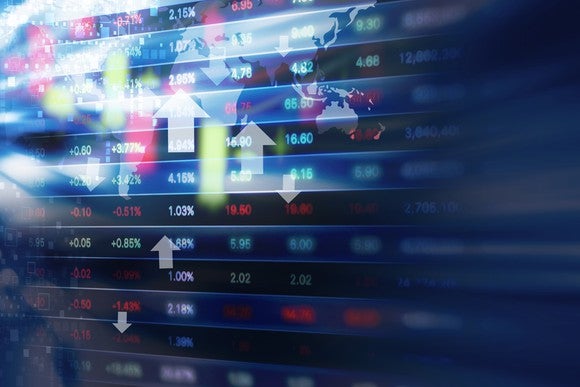 This alone should lead investors to consider adding AspenTech to their portfolios. But hold up! There are lots of tech companies promising great things to customers while they pile up huge losses year after year for shareholders. Is AspenTech one of those companies?

The company's income statement shows strong income with growing revenues and stable to improving margins compared to the last few years. Revenues for 2019 were up to almost $600 million from $520 million and $495 million in 2018 and 2017, respectively. During that time, gross profit margin remained stable at 90% while operating margin and earnings before tax margin improved in 2019 to 47% and 51%, respectively. Growth continued into the first quarter of fiscal year 2020 with income growing at every level relative to the first quarter of 2019.

In terms of the company's ability to pay its obligations, AspenTech is in a good position. The company's trailing twelve month interest coverage ratio (i.e. last four quarters of operating income divided by interest expense) is 29.55 which is significantly better than many other companies in the industry. And the first quarter current ratio (i.e. current assets divided by current liabilities) is now 0.98.

Related to their latest annual cash flow statement, the company reported strong operating cash flow. Cash provided by operating activities increased to $238 million for fiscal year 2019 from $207 million and $182 million in 2018 and 2017, respectively. Since the company does not have substantial capital expenditures, the company's free cash flow is only slightly lower in each year. Most of the cash used in the business is related to the company's stock repurchase program. In 2019, the company spent $299 million to buy back 3 million shares.

The primary risk to AspenTech is a $350 million credit agreement maturing in February 2021 of which $335 million is being utilized. At the moment, the company is only obligated to pay the interest of what is borrowed. However, how the company plans to address the principal remains to be seen.

So far, management has not mentioned anything, but the issue has to be on their minds. Assuming free cash flow remains stable, the company should have time from now until it matures to pay down the principal without much hardship simply by pausing the stock repurchase program. Alternatively, they could roll the debt forward.

This is likely management's plan, but to be safe, it should be done soon. The reason for this is that there have been a lot of questions lately about the strength of the global economy and the condition of corporate debt. While AspenTech is strong, there is a slight risk that macroeconomic factors could cause credit to dry up and prevent management from executing the roll. As minuscule of a risk as this is, hopefully management will figure out something in the coming months, so if they need to pay down the debt naturally, then they can without interfering with normal operations.

Overall, AspenTech is not your typical tech company. They have a strong product that actually saves customers' money. They have strong financials as evidenced by their significant margins and cash flow. And finally, their primary risk will hopefully end up being a non-issue by this time next year. Considering all of this, AspenTech could be the perfect company to round out your diversified portfolio.

Forget The Unicorns; This Is The Tech Company For Your Portfolio @themotleyfool #stocks $AZPN Next Article
Current