Please ensure Javascript is enabled for purposes of website accessibility
Free Article Join Over 1 Million Premium Members And Get More In-Depth Stock Guidance and Research
By George Budwell - Nov 19, 2019 at 7:43AM

Last week, Aurora Cannabis ( ACB 6.87% ) stock tumbled in response to both Canopy Growth's ( CGC 4.83% ) dreadful fiscal second-quarter earnings report, as well as its own weaker-than-expected fiscal first-quarter numbers. Aurora's shares, in fact, ended the week down by an eye-catching 28.3%. Aurora's shares have now fallen by a whopping 44% for the whole of 2019 -- making it one of the worst-performing mid-cap stocks currently listed on the New York Stock Exchange (NYSE) this calendar year.

Now, with the end of the year fast approaching, some investors might be tempted to cut their losses with this once-high-flying pot stock, especially if it would help to minimize their capital gains from other sources. Aurora's near-term prospects, after all, aren't particularly bright due to the ongoing structural issues within the legal Canadian marijuana market. 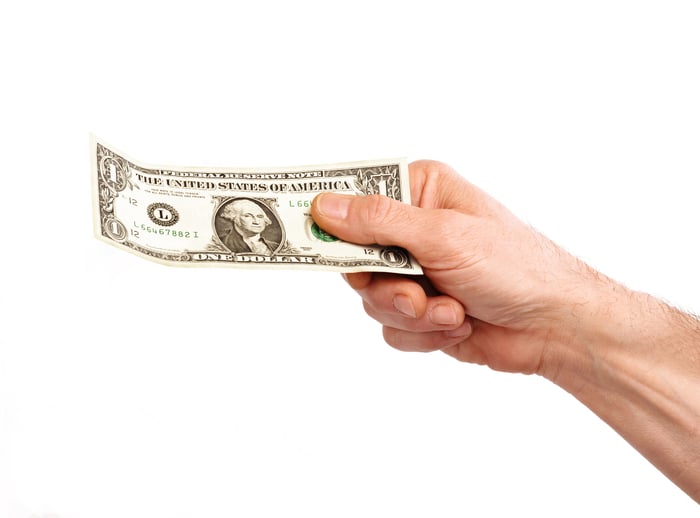 Fleshing out this point, the lack of sufficient numbers of retail outlets in most provinces, the slow rollout of Cannabis 2.0, and the exceedingly high price of most dried flower varieties -- compared to those on the black market -- have all acted in concert to force Aurora to rethink its business strategy heading into next year. The key point is that Aurora's shares may have a lot further to fall -- and they may even test the NYSE minimum bid requirement of $1 per share in the not-so-distant future.

So should investors hit the exits before Aurora's shares take another leg downward, or has this beaten-down pot stock finally bottomed out? Let's take a deeper look at Aurora's positives and negatives to find out.

Aurora: The bull and bear case

Aurora gave shareholders three reasons to believe that better days might be close at hand during its latest earnings release:

The bear case essentially boils down to the fact that Aurora -- along with almost every major licensed Canadian producer -- has done an exceedingly poor job of foreseeing how the industry would evolve during this formative period. The net result is that the market's view of pot stocks has gone from irrational exuberance to outright pessimism ever since the end of the first quarter of 2019.

Aurora remains a promising long-term play that could pay off handsomely over the next decade. Nothing that has materialized in the past week changes that basic fact. Unfortunately, it also wouldn't be surprising if Aurora's stock starts to approach $1 per share within the next two months.

After all, Aurora is facing the prospect of becoming a top tax-loss selling candidate, sentiment has turned decidedly against pot stocks as a whole, and speculative growth stocks tend to fare poorly in an election year. Moreover, the true impact of Cannabis 2.0 won't starting showing up on earnings reports for another four full months.

Meanwhile, the moody market is likely to continue to act like a man with a hammer when it comes to pot stocks. That's not a promising setup for a company that still sports a rather rich valuation (price-to-sales ratio of 11.6) -- even after last week's enormous sell-off.

The good news is that Aurora would finally be in solid bargain territory at $1 per share (assuming no further dilution). As things stand now, Aurora would sport a below-average valuation for a consumer packaged goods stock at $1 per share (estimated price-to-sales ratio ranging from 1.10 to 2.17). So, if you're looking for a truly attractive buying opportunity, it might be a good idea to wait just a little bit longer to see if this stock does indeed enter clearance-bin territory.