Combat and insurgency in Iraq and Afghanistan starkly revealed the shortcomings of the lightly protected, aging HMMWV "Humvee" utility vehicle. It offers poor protection from explosives such as IEDs, suffers from jamming doors, and requires troops to expose themselves to enemy fire to operate its weapons.

Competition among defense contractors for a new JLTV – Joint Light Tactical Vehicle – replacement for the Humvee began in 2013. Oshkosh won a contract for its L-ATV (Light Combat Tactical All-Terrain Vehicle) entry. With at least 16,901 vehicles on order with the US military and approximately 3,000 delivered to date, the company has a reliable stream of military contract profits for years to come. On Sept. 10, the company announced it may additionally secure L-ATV contracts with US allies Slovenia, Lithuania, and the UK. 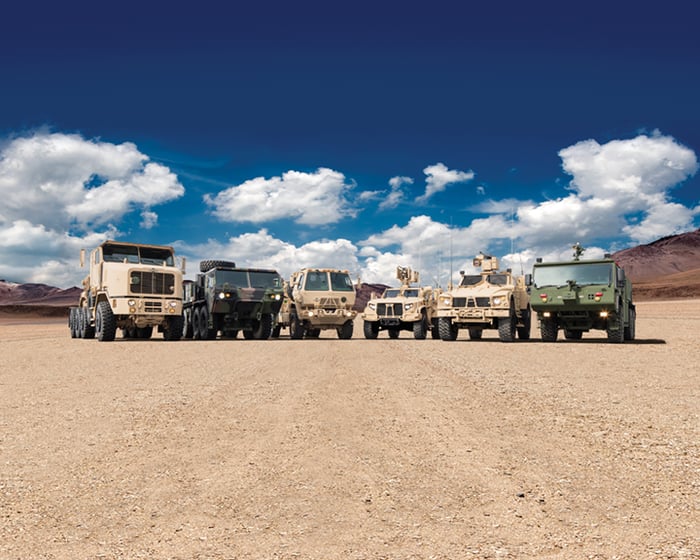 Some of Oshkosh's strongest 2019 growth came in its fire and emergency segment, according to its Oct. 30 fiscal report. This segment heated up with orders worth $49.3 million in operating income placed for Q4 2019, up.23.9% year over year.

Growth in this segment is no temporary fluke. Since 2005, the number of worldwide airline passengers grew in every year except 2009 since 2005, sometimes by as much as 8.1% annually. Massive ongoing expansion of China's middle class is driving an Asia-Pacific region air travel boom. The IATA, or International Air Transport Association, projects 7.2 billion total worldwide annual passengers by 2035, compared to 2016's 3.8 billion passengers.

Two consequences of this envisioned growth include the building of more airports, plus operation of existing airports near or at their theoretical maximum capacity. With runways in constant use, airliners operated close to their acceptable minimum maintenance threshold, and pilots severely fatigued in an effort to meet this unprecedented demand, the chance of accidents rises sharply.

Even if airports successfully mitigate this risk through improved procedures and technology, airport administrators will probably want plenty of runway firefighting equipment on hand to cope with possible emergencies. The strong growth in sales of vehicles and gear in this niche proves this is already a serious concern.

Oshkosh taps into this key sector with its advanced airport trucks. It introduced a midweight, rapid-response ARV able to carry both 10,000 liters of water and 1,000 liters of foam. This vehicle's flexible design allows easy configuration to match the specific procedural and regulatory requirements of European or global customers, suiting it for the Asia-Pacific market.

The company also manufactures the Striker ARFF (Aircraft Rescue and Firefighting), which also deploys both water and foam to fight fires, while accelerating from 0-50 mph in 25 seconds to reach an accident or crash lightning-fast. These features make the platform a highly competitive airport firefighting vehicle worldwide.

With a solid foundation of highly profitable military contracts plus growing sales of its ARFFs and other airport support vehicles, the Wisconsin-based Oshkosh reported earnings per share of $2.17 in Q4 2019, up from $2.05 a year ago. Net sales rose 6.7% year over year.

While Oshkosh probably won't see any dramatic leaps in profitability or dividends for the foreseeable future, it's even more unlikely to experience sudden drops or collapse in value. Those seeking a steady, dependable investment, with the potential for strong long-term growth, might consider this maker of rugged emergency and armored vehicles as a decently bulletproof option.