Why is this one analyst so optimistic about Aurora Cannabis despite its poor Q1 results even as most of his peers are becoming more bearish about the stock? There are four key factors behind Zuanic's positive perspective. 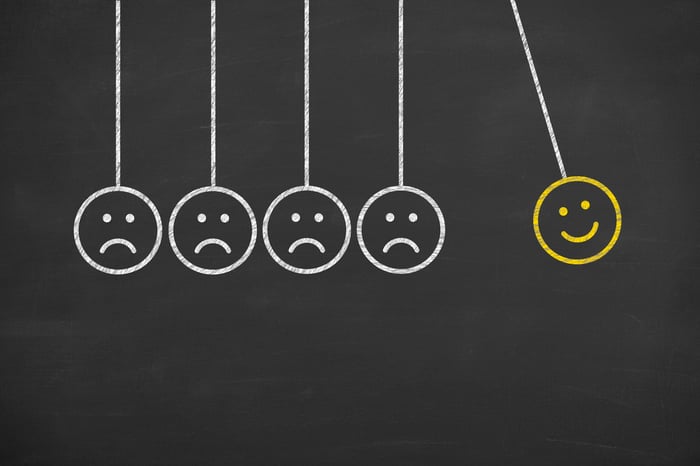 Zuanic wrote to Cantor Fitzgerald clients that "we do not expect a worse quarter" for Aurora. He's probably right for two key reasons.

First, Aurora and several of its peers blamed the limited Canadian retail environment for much of their problems. In particular, Ontario, which claims the largest population in Canada, has far fewer retail cannabis stores than anyone expected. However, Ontario should open more retail locations in the near future, which in turn should boost revenue for Aurora and the rest of the Canadian cannabis industry.

Second, the cannabis derivatives products market, dubbed Cannabis 2.0, has yet to really kick in. Aurora should begin shipping products, including vapes and edibles, in mid-December. Even if this market starts off more sluggish than expected, Aurora will still generate higher revenue.

2. Aurora is in better shape than others

After surveying the rest of the Canadian cannabis producers, Zuanic concluded that "Aurora is in better shape than other cannabis companies." Whether you agree with him or not depends on what you focus on.

Aurora certainly isn't in better shape than either Canopy Growth or Cronos Group when it comes to cash. Both of these rivals have huge cash stockpiles thanks to investments from their big partners.

Both Cronos and Tilray delivered sequential revenue growth in the latest quarter. The two companies also reported adjusted EBITDA losses that weren't as bad as Aurora's.

But Aurora is arguably in better shape than its rivals in international medical cannabis markets. The company also has a greater production capacity than peers. It has an industry-leading gross margin thanks to its low production costs. And unlike Canopy Growth, Aurora hasn't experienced significant product returns.

3. Look at its full-year performance

Zuanic thinks that investors should look at Aurora's full-year performance instead of just one quarter. His take is that Aurora understands the global cannabis market and that the company's performance throughout the last year shows it.

On the positive side, Aurora's revenue has increased tremendously over the last four quarters even with the decline in fiscal 2020 Q1. The company's products enjoy strong popularity. Aurora has also firmly entrenched itself as a leader in European medical cannabis markets.

However, the company's progress toward its goal of becoming profitable inspires less confidence. After promising earlier in 2019 that it would generate positive adjusted EBITDA by fiscal Q4 2019, Aurora had to backtrack on its optimistic outlook.

4. The company is making the right moves

Aurora is taking "more decisive actions" to move in the right direction than its peers are, according to Zuanic. These actions include taking steps to avoid having to raise a lot of cash to pay off convertible debentures maturing in March 2020 and putting plans on hold to complete construction at the Aurora Nordic 2 and Aurora Sun facilities.

Zuanic is right that Aurora is taking more visible actions to preserve its cash than other companies. On the other hand, its peers don't have 230 million Canadian dollars' worth of convertible debentures coming due so soon. Most of them haven't embarked on construction plans as ambitious as Aurora has, either.

The best thing about Zuanic's take

There are pretty good arguments to be made both for and against Zuanic's optimism about Aurora Cannabis. I, for one, agree that it's far too soon to write off the company's prospects. I'm not as bullish to say that the stock is a strong buy right now, though, because of considerable near-term uncertainties.

But the best thing about Zuanic's take on Aurora Cannabis is that he's taking a long-term view rather than putting too much emphasis on the results from one quarter. That's refreshing, considering the nearsightedness that analysts often exhibit. This long-term view should apply to investing in all marijuana stocks, not just Aurora. Dismal results in one quarter (or great results, for that matter) don't mean that history will repeat itself in the future.