Augmented reality (AR) and virtual reality (VR) headsets and glasses are the latest and greatest technologies when it comes to video gaming and creating an immersive user experience. Many companies have already begun to offer their own products. By giving users a more realistic environment while also adding the capability to enhance (or augment) what they can see, these technologies can change the way consumers experience a company's products and services. However, one company that doesn't appear to be in much of a rush to get in on that excitement is Apple (NASDAQ:AAPL).

Although the company initially expected to have its AR glasses ready to go by 2020, that date is now being pushed back to 2022. That's a long way away, and it puts the company well behind the competition. This is concerning not only because Apple has so badly missed its own date, but also because it is nowhere near leading the pack in terms of innovation anymore.

Will it be too late to the game?

Microsoft (NASDAQ:MSFT) already has a second iteration of its AR headset, HoloLens, available in the market. HoloLens is compatible with several apps and has integration with Azure as well. As a result, it's already in a strong position to command a big chunk of market -- especially with PC users. Microsoft already has a significant head start, and two more years could make the gap between its products and Apple's that much bigger.

Snap (NYSE:SNAP) recently unveiled its newest spectacles, which feature AR elements. While they're pricey, coming in at $380 a pair, they are also much slimmer than a big bulky headset and are more practical for users to use every day. When it comes to AR glasses, Apple customers will be waiting even longer, as those won't be available until 2023. 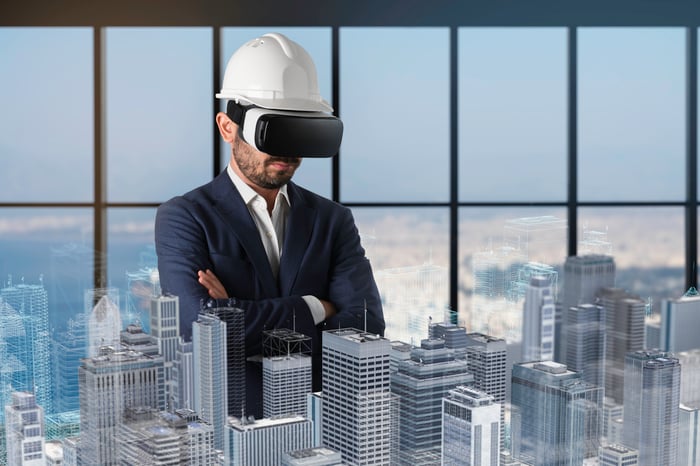 Apple will certainly be able to learn from the mistakes that its rivals will have made with AR technology along the way, but companies like Snap and Microsoft will have fine-tuned their products by then and had large populations test them. It's hard to see a way that Apple can make up for that lost time, and that's likely going to translate into less market share than if Apple were quicker to launch less advanced products.

Does Apple even care?

One of the best things Apple has going for it is its cult-like following and loyal user base. It knows that once its devices are released, those users will likely buy its products, especially since the devices will integrate with Apple's other services. For that reason, it may not be a big concern for the company that it's not first to market with the latest tech, simply because that's no longer its strategy.

It can take its time and develop a polished product knowing that there will still be significant demand for it. The key feature that it can offer its consumers is integration. By integrating the headset and glasses with Apple Music, iOS apps, and other services, Apple will be able to give users a unique and custom experience that won't be available on other devices.

If you're investing in Apple because you think it's a top tech stock and one of the big innovators in the space, then you may be disappointed that the company is behind many of its peers in this regard.

However, if you're holding on to the stock because it pays a good, modest dividend and you know that it's going to continue to chug along and grow sales, then you probably shouldn't care that it isn't first out the gate; it'll likely remain a good long-term buy for years, maybe even decades. Even over the past 12 months, the stock has managed to secure returns of over 40%. While it may not be able to mimic that in 2020, it's still a good bet to produce some decent returns over the long haul.