Please ensure Javascript is enabled for purposes of website accessibility
Free Article Join Over 1 Million Premium Members And Get More In-Depth Stock Guidance and Research
By Rich Duprey - Nov 22, 2019 at 6:30AM

These are businesses with great growth potential that are trading at significant discounts.

There's a very good reason Peter Lynch is an investing legend: For the 13 years he ran the Fidelity Magellan Fund, he averaged a 29% annual return that consistently more than doubled the return of the S&P 500.

He published two books that shared his investing philosophy, One Up on Wall Street and Beating the Street, which give the average investor the tools he used to rack up his amazing record. What made these books so popular is that Lynch showed that investing successfully wasn't rocket science, but something anyone could achieve. 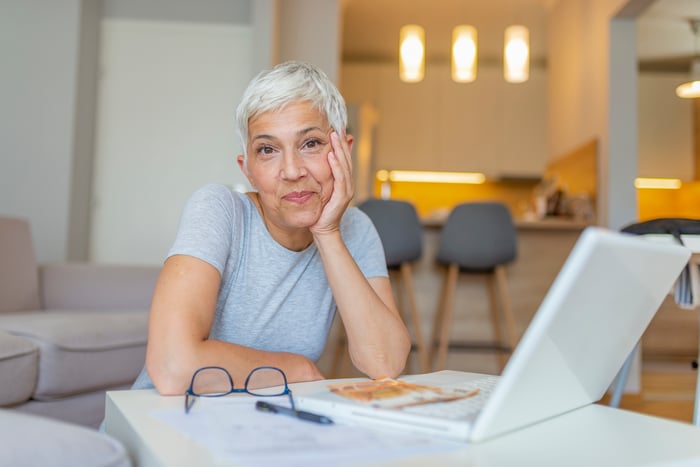 As an investor, you want a company that brings something extra to the table, making it a better business than the competition, which is often a sign it has smart management. That's a key ingredient for a winning investment, though you don't want to overpay for the privilege of buying the stock. With that in mind, here are three companies that Peter Lynch might like if he were still guiding Magellan today.

Over the past year or so, AerCap ( AER -2.75% ) has faced pockets of turbulence, including the grounding of every single 737-MAX in Boeing's fleet, some relatively recent airline bankruptcies, a weakening Chinese market, and rate pressure from competition. Yet the aircraft leasing specialist is flying high in 2019, with shares rising 51% year to date as its investments in new technology aircraft continue to pay off.

CEO Aengus Kelly told analysts on AerCap's third-quarter earnings conference call, "We have spent more money than anyone in the world on acquiring new technology assets" over the last five years, but it's also been selling its older airplanes, reducing the age of its fleet down to 6.2 years from 6.6 last year.

More importantly, Kelly said AerCap consistently realizes an 8% gain on aircraft sold, allowing it to achieve a 30% return on book equity for the aircraft, a premium AerCap has enjoyed for the last 13 years.

Despite the stock's gains, AerCap's shares are still cheap, trading at a discount to the company's book value and under eight times trailing and estimated earnings. The airline industry is cyclical, but AerCap is one of those businesses with management bringing more to the table while managing its fleet, capital, and liquidity. And it still offers a very attractive price.

Cancer biotech Exelixis ( EXEL -2.32% ) has moved in the opposite direction of AerCap, as its stock has lost 35% of its value from its 52-week high, though it's only off 16% year to date.

Much of the worry has centered on whether Exelixis has reached a plateau on sales of Cabometyx, its advanced liver and kidney cancer therapy. Third-quarter product revenue, which is mostly derived from Cabometyx sales, rose almost 18% from the year-ago period, hitting $191 million. But that was down slightly from the $193 million generated in the second quarter, suggesting U.S. Food and Drug Administration approval of combination treatments from Merck and Pfizer are eating into sales and will inhibit growth.

But Exelixis partnered with Bristol-Myers Squibb ( BMY 2.46% ) to develop its own Cabometyx-based combination therapy using Opdivo, which should help reignite sales growth if it gains approval next year. Still, cabozantinib (which Cabometyx is the branded version of) is the leading tyrosine kinase inhibitor prescribed for advanced kidney cancer, and approval for new indications may offset any competitive blows.

At eight times trailing earnings and 17 times next year's estimates, Exelixis is giving investors a discount, particularly when you consider that analysts expect the biotech to expand earnings 46% annually for the next three to five years. With the stock going for just 10 times the free cash flow it produces, Exelixis looks like a bargain.

An opportunity big enough to drive a truck through

The stock of carrier XPO Logistics ( XPO -2.94% ) was crushed by the news that Amazon.com was pulling a significant amount of business from the company as it builds out its own transportation and logistics services (with the expectation the rest would soon follow). XPO has spent the last year driving home the point that its business was not all about Amazon, and the market finally responded, doubling shares off their lows.

CEO Bradley Jacobs told analysts the entire management team is fixated on "executing on 10 major levers to significantly improve our profit over the next several years," most of which are centered around its technology advantage. Together they could improve profits by up to $1 billion by 2022.

If there's one thing Jacobs is known for, it's launching a company and then rolling up the entire industry under its umbrella and turning it into an industry leader. He did it with waste hauler United Waste Systems and equipment rental specialist United Rentals. He's doing it with XPO as well, but he hit the pause button as the Amazon announcement reverberated throughout the company.

Jacobs has since said the acquisition process is open again, and as other players have been weakened, XPO Logistics has a chance to buy up rivals at a discount. Its own stock is offering investors a discount, trading at a fraction of its revenue and long-term earnings growth estimates. Analysts see XPO expanding earnings at better than a 25% annual average rate for the foreseeable future, meaning this company could still be shifting into a higher gear.