Warren Buffett is among the richest people in the world, with a net worth of over $80 billion. To get there, he didn't inherit a cushy trust fund, build a technology enterprise from scratch, or win the lottery. He acquired his fortune with old-fashioned frugality and disciplined investing, earning himself the crown for the world's most successful investor.

For those of us aspiring to be great investors, it's helpful to study the best. One way to do that is by exploring Buffett's success, investment by investment. Today let's look at how much he's made with Southwest Airlines (NYSE:LUV). 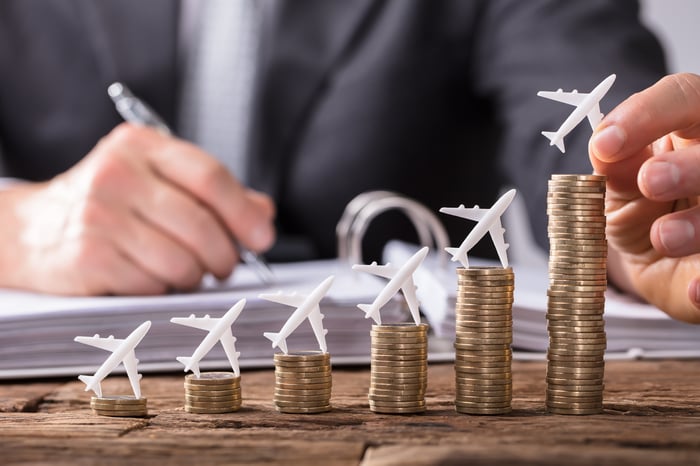 Buffett began acquiring shares of Southwest in the fourth quarter of 2016. Since that initial purchase, he's been a net buyer of the stock in two other quarters, and a net seller in three. In the remaining six quarters, there was no change in the amount of shares he held. Here's a table showing the total number of shares held at the end of each quarter.

We don't know how much Buffett paid in each instance, so we have to approximate. For the purpose of this article, we'll take the median price between the high and low of the quarter. Doing this puts Buffett's average buy price at $46.39 per share -- an investment of over $2.6 billion.

Buffett was a net seller of the stock in three quarters. All in all, he's down almost 3 million shares from his peak holdings in Q2 2018. Using the same methodology used to approximate a buy price, we can approximate a sell price of about $54 per share -- a $20.6 million profit on shares sold.

Buffett still holds the majority of the shares he's purchased. Considering that Southwest trades for about $57 per share as of this writing, Buffett is sitting on a $569.2 million profit. Combining the shares he sold for a profit with the unrealized profit from the shares he still holds, his $2.6 billion investment is worth over $3 billion -- a 22% gain in just three years.

I should clarify, however, that Buffett himself doesn't actually own shares of Southwest. The purchases and gains we're talking about belong to his company Berkshire Hathaway (NYSE:BRK.A)(NYSE:BRK.B). Buffett owns about 30% of Berkshire Hathaway, which in turn is invested in a portfolio of over 40 stocks and other fully owned businesses. 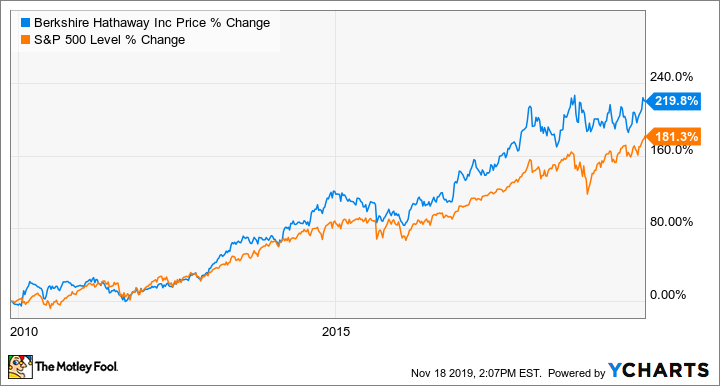 Do you sit there pining away, wishing you were as good an investor as Warren Buffett? Here's the irony of that. Berkshire Hathaway is a public company, allowing absolutely anyone the opportunity to buy shares. Sure, it would have been nice to buy into the company 40 years ago, but even investing as recently as 10 years ago would have given you Buffett's market-beating returns. And I think that's one of the most powerful notions of the stock market: A share of a company gives me, an investor, a piece of someone else's success.

I'm betting that Buffett continues holding, if not buying, Southwest's stock. Despite the ongoing safety issues with Boeing's 737 MAX 8 aircraft that has grounded 34 planes of Southwest's fleet, the company was still somehow able to grow earnings per share 13% in the third-quarter 2019. Without the grounded-plane problem (and the 41 additional planes that haven't been delivered on time), earnings per share would have been up 43%. That means there's plenty of upside for Southwest if it can get the MAX 8 problem behind it.

And for those who would rather just be aligned with Buffett's Berkshire, there are 128 billion reasons for optimism there. That's how many dollars the company holds in its growing cash pile -- a pile that will be used for more acquisitions and investments. The company is merely biding its time, waiting for a golden opportunity.

And with that amount of cash, almost no company will be off-limits. For example, while we're on the subject of airlines, Berkshire could acquire the four largest U.S. airlines outright and still have money left over. Given the company's track record and future options from this cash pile, I wouldn't be surprised if it continued to be a market beater from here.