Some gamblers think that the key to winning in horse races is to bet on the jockey. The idea is that a great jockey can make a not-as-great horse perform better, while even a fast horse can lose when its rider is mediocre.

This concept has also carried over to the business world. Investors feel more comfortable buying shares of a company with a strong CEO at the helm.

But how can you determine whether a CEO is strong or not? One key thing to look for is the stock's total return during the CEO's tenure. Another is the CEO's approval among employees. A great CEO will lead a company to deliver exceptional total returns while winning the trust and admiration of the company's staff.

With this in mind, I looked at how the CEOs of each of the largest drugmakers in the world fared on both metrics. If you like to bet on the jockey, there are two big pharma stocks you'll want to consider. 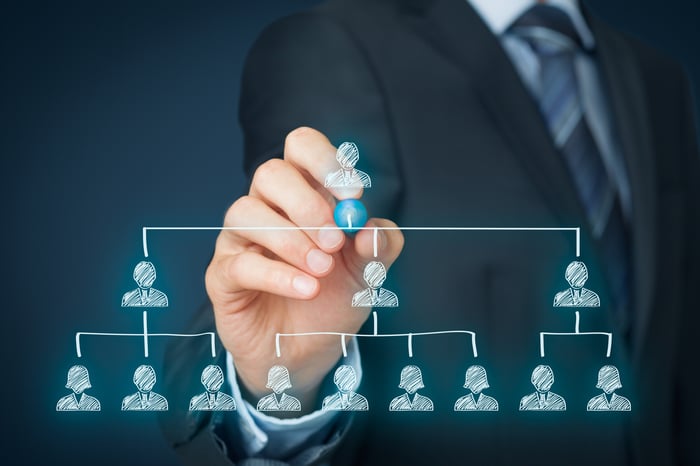 AstraZeneca (NASDAQ:AZN) CEO Pascal Soriot has led the British pharmaceutical company since October 2012. Prior to joining AstraZeneca, Soriot served as COO of Roche's pharmaceuticals division and as CEO of pioneering biotech Genentech before its acquisition by Roche.

During Soriot's time as CEO of AstraZeneca, the stock has delivered a total return to investors of more than 170%, handily beating the S&P 500's performance during the period. A big part of that total return was the company's dividend, but the stock also recently hit an all-time high.

Ninety-three percent of employees reviewing AstraZeneca on Glassdoor approve of Soriot as CEO. That puts him tied for second place among all big pharma CEOs in terms of employee approval.

Alex Gorsky stepped up to become Johnson & Johnson's (NYSE:JNJ) CEO on April 26, 2012. Gorsky has spent his entire career at J&J, starting in 1988 as a sales representative with Janssen Pharmaceutica and working his way up the ladder.

Since Gorsky became CEO at J&J, the stock has delivered a total return of nearly 160%, narrowly topping the performance of the S&P 500 index. As was the case with AstraZeneca, much of Johnson & Johnson's total return during Gorsky's tenure stemmed from its strong dividend.

Gorsky led Johnson & Johnson to make several key acquisitions over the last several years, notably including the 2017 buyout of Swiss drugmaker Actelion and the purchase earlier this year of robotic surgery company Auris Health. The company has also launched several successful new products under Gorsky's leadership, the most important of which is multiple myeloma drug Darzalex.

Like AstraZeneca's Soriot, 93% of J&J employees on Glassdoor approve of Gorsky. He has also been named in Glassdoor's Employees' Choice Awards for top CEOs in five of the last seven years.

The limitations of a jockey

So are AstraZeneca and Johnson & Johnson smart picks for investors solely because of their CEOs? Not necessarily. It's important to remember that there are limitations of a jockey -- and of a CEO.

Both companies could run into problems if drastic changes are made to how drugs are priced in the U.S. There's significant bipartisan support to curb runaway drug price increases. AstraZeneca and J&J would also feel the pain if proposals by several presidential candidates to implement a single-payer healthcare system in the U.S. were implemented.

However, if you're an income-seeking investor looking for solid dividend stocks, AstraZeneca and J&J should be on your list. And if betting on the jockey is the top investing criterion for you, there are arguably no better big pharma stocks to consider than these industry leaders.