Please ensure Javascript is enabled for purposes of website accessibility
Free Article Join Over 1 Million Premium Members And Get More In-Depth Stock Guidance and Research
By John Dollen - Nov 23, 2019 at 9:15AM

As global demand for oil and natural gas continues to grow, Big Energy will continue meeting that demand while also investing in the future. Where should you put your money?

Renewable energy and electric vehicles have made significant progress in the last decade. Putting aside any political or climate change debates, the future appears bright for the further advancement of clean technology. However, even with this progress, we should not lose touch with the reality that oil and natural gas will continue to be the source that fuels energy consumption for the foreseeable future.

The U.S. Energy Information Association (EIA) in their "International Energy Outlook 2019" forecast that from now until 2050, the use of renewable sources of energy will grow, but oil and natural gas will too. The EIA report estimates that overall energy consumption will increase by 50% by 2050 with oil consumption increasing by more than 20% and natural gas consumption growing by more than 40%. The report shows that these increases will come largely from countries which are not members of the Organization for Economic Cooperation and Development (OECD). 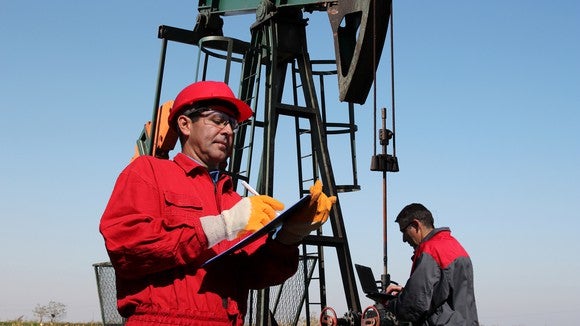 If financial security is the primary concern, then Chevron is in the best financial position based on its current and interest coverage ratios. These ratios are helpful in determining if a company has the resources to meet its obligations with higher ratios being better. Chevron does the best in both ratios with a current ratio of 1.12 and an interest coverage ratio of 23.49.

The purpose of Big Energy is to meet the energy needs of customers in the most efficient and cost effective way possible. Based on the EIA report, those needs are likely to be met with oil and natural gas for at least the next 30 years. And when it comes to oil and natural gas reserves, ExxonMobil is king.

Even though oil and natural gas will continue to play a large role in meeting global energy needs, Big Energy has been making investments into alternative sources of energy in order to help bring us more quickly into a lower- and no-carbon energy world.

Based on each companies' investments, if your view of the future includes extensive use of alternative energy like wind and solar, then BP, Chevron, and Royal Dutch Shell are likely your better options. However, if you think that the future of energy will be closer to just a different version of today, then ExxonMobil is probably your pick.