Fearing the retail apocalypse, more retailers are getting a head start on holiday shopping.

With six fewer days to shop this year between Black Friday and Christmas, retailers are pulling out all the stops to maximize sales. Walmart ( WMT -1.01% ) began its seasonal sales extravaganza super-early, launching its holiday deals a week before Halloween.

The abbreviated selling period that last appeared in 2013 because of a quirk in the calendar is causing other companies, like distressed retailer Bed Bath & Beyond ( BBBY 0.42% ), to open their doors on Thanksgiving Day this year for the first time ever. 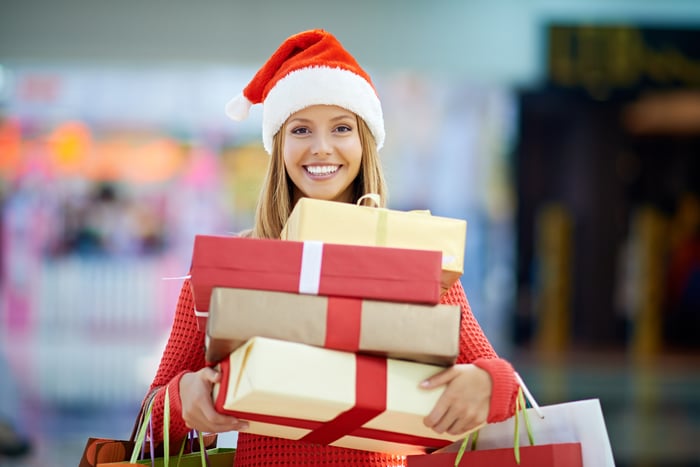 Holiday creep grows more pronounced each year, as the foreboding cloud of the retail apocalypse looms on the horizon and worried retailers try to pull forward sales to make their quarterly numbers.

Black Friday may remain the unofficial start of the holiday shopping season, but as businesses reach further back in the calendar to begin offering sales, the day will become simply a placeholder without much meaning.

Outdoor gear retailer REI is closed not only on Thanksgiving Day, but on Black Friday too, and encourages its employees to get out into the outdoors and enjoy their time off. However, opening on Thanksgiving Day no longer carries the stigma it once did and consumer spending is dicey, so most major retailers will be opening their doors on the holiday once again.

Below is a non-exhaustive list of retailers that are scheduled to open their doors on Thanksgiving Day in 2019:

Making a weekend out of it

Beyond just retailers launching Black Friday deals earlier and earlier, the day no longer has the same impact it once did as more sales move online. Cyber Monday has surpassed Black Friday as the big day for consumers to shop online.

U.S. consumers spent $7.9 billion online on Cyber Monday last year, surpassing the $6.2 billion shoppers spent online on Black Friday. And Deloitte says its 34th annual holiday spending survey found 53% of consumers plan to capitalize on Cyber Monday sales to do their holiday shopping this year, compared to 44% who say they'll shop on Black Friday for the best deals. Thanksgiving Day, though, is the fastest-growing online shopping day, and sales are expected to hit $4.4 billion this year on the holiday.

Obviously, Black Friday is still a huge shopping event at brick-and-mortar retailers. The National Retail Federation says that over 165 million people will shop over the Thanksgiving weekend this year, and 69% of them expect to hit the stores on Black Friday.

Yet with retailers once again trying to play every angle, they're hoping the early bird gets the worm -- and the Christmas sale.

Did Lowe's Have a Good Third Quarter?

Will Fisker Become an EV Leader?