Shares of Disney ( DIS 3.55% ) and Apple ( AAPL -0.61% ) were showing strength on Monday. Disney is taking a victory lap after the successful release of its animated film Frozen 2, and Apple is buoyant on a report of lofty predictions for 2020 iPhone sales.

Surprising no one, Disney's animated Frozen 2 is lighting the box office on fire. While it still needs time before it becomes Disney's sixth $1 billion movie of the year, it's well on its way.

Frozen 2 brought in $127 million domestically over the weekend, according to Box Office Mojo. That's the best opening ever for a domestic animated film in November, easily beating out the original Frozen. Internationally, the movie brought in $223 million, the all-time best international opening for an animated film. Altogether, Frozen 2 made $350 million in its opening weekend. 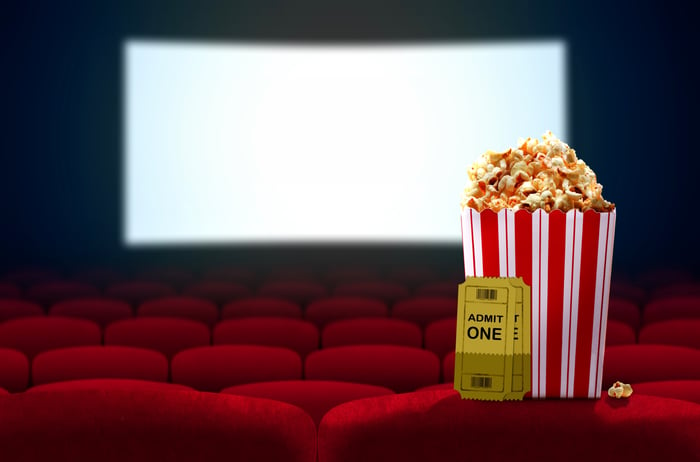 While Frozen 2 will continue to add to its box office total for the rest of the year, Disney has one more potential blockbuster ready for 2019. Star Wars: The Rise of Skywalker, a sequel to 2017's Star Wars: The Last Jedi, is set to debut on Dec. 20. The Last Jedi brought in more than $1.3 billion globally at the box office.

2019 has been a great year for Disney. The company became the first studio to release five $1 billion movies in a single year, and it launched its highly anticipated Disney+ streaming service. The stock has soared 36% year to date, with investors betting that Disney will have no problem going toe to toe with streaming leader Netflix.

Shares of Disney were up 0.7% on Monday as investors bid up the stock in the wake of Frozen 2.

Unit sales of Apple's iPhone peaked back in 2015. The company sold 231 million iPhones that year, but it hasn't come close since. While Apple no longer discloses unit sales, JPMorgan expects Apple to sell just 185 million iPhones in calendar 2019.

Apple's iPhone 11 appears to be selling reasonably well, partly thanks to a lower price on the basic model, but Apple is banking on 2020's batch of iPhones to really turn the business around. Apple has reportedly told supply-chain partners that it expects to sell over 100 million of its upcoming 5G iPhones, according to DIGITIMES. For comparison, Apple forecasts selling between 70 million and 80 million units from the iPhone 11 family this year, according to the same DIGITIMES sources.

That still won't be enough for Apple to top its 2015 performance, at least in terms of units, although it will likely drive a meaningful increase from 2019. JPMorgan estimates Apple will sell 198 million iPhones in calendar 2020.

While 5G may very well drive smartphone sales higher next year, it's still not clear how much consumers really care about the faster networking technology. Apple's reported forecast may turn out to be overly optimistic if 5G doesn't resonate with smartphone buyers.

The report helped Apple stock post a 1.1% gain on Monday. Shares of the tech giant are now up about 67% for the year.