One of the great media moguls of all time is John Malone. The 78-year-old former head of Telecommunications, Inc., is sometimes credited with shaping the entire cable television industry through the 1970s, '80s, and '90s, before selling TCI to AT&T in 1999. Malone was also profiled as one of eight all-time outstanding, yet unconventional CEOs, in William Thorndike's book The Outsiders.

These days, Malone, through his being chairman and the largest shareholder in Liberty Media (NASDAQ:FWONA), owns shares in a diverse media portfolio including Charter Communications, TripAdvisor, Sirius XM, GCI Liberty, and several others. In addition, Malone himself also owns large stakes in several stocks personally, including one that he just increased in a big way: Discovery, Inc. (NASDAQ:DISC.A) (NASDAQ:DISC.B) (NASDAQ:DISCK).

This is Malone's third major purchase of Discovery shares in the past two years. So, what has Malone so bullish on this underrated media stock? 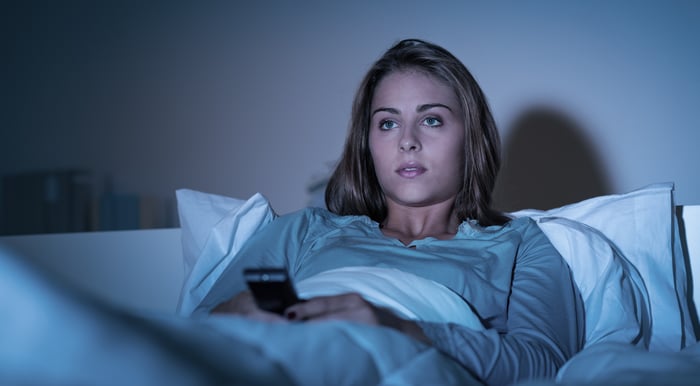 According to an SEC filing, Malone recently purchased $75 million more of Discovery C shares, at an average price of $28.03, good for about 2.67 million more shares. That brings Malone's ownership to almost 12.2 million C shares, but roughly 20 million when including voting A shares and super-voting B shares.

What's interesting about the purchase is that it appears to show growing confidence in the company. Malone bought 1.4 million shares of Discovery stock in June 2018, at around $23 per share, or about $33 million in total, following a December 2017 purchase of roughly $8 million at just under $20 per share.

All told, across Discovery's A, B, and C classes of shares, including direct holdings and those held in trusts for Malone and his wife, Malone owns about 20 million Discovery shares.

So, what caused Malone to buy an even bigger stake in the company he already owned, and at higher prices than he paid during the past few years?

Discovery has been busy integrating the acquisition of Scripps Networks Interactive, on which it closed in March 2018. The integration has apparently been going well, with Discovery's revenue up 5% and adjusted OIBDA (operating income before depreciation and amortization) up 9% last quarter, when adjusting for foreign currency fluctuations. By acquiring Scripps, Discovery consolidated much of the nonfictional programming production across the world. Because this type of content costs much less than higher-priced premium fictional shows, Discovery has been able to own all of this content, including the international rights.

Continued growth and synergies have allowed Discovery to generate lots of cash flow, enabling it to pay down some of its acquisition debt. Through the first nine months of the year, Discovery has already generated $2 billion in free cash flow, and Malone thinks the company can get close to $3 billion annually. Against a market capitalization of only $16.3 billion today, that is a very cheap stock.

Of the recent stock purchase, Malone said in a recent interview with CNBC:

When I put my screen up and I look at companies based upon market cap versus leverage-free cash flow, they were the cheapest thing on the screen. And I said, wait a minute, you know, they're growing in a world where everybody else is shrinking. They're -- they own all their content. They're generating a ton of cash. They're an investment-grade balance sheet. Why are they cheap? ... Probably 5.5 times cash. So, that's giving them like 16%, 17% cash return. Right. After tax. That's pretty darn cheap for a good company. So, I said, yeah, I think I will buy some more. I started buying it when the Scripps deal was -- got a thumbs down from the market, so I bought some in the teens. Then I bought some more in the very low 20s. And now I'm buying some – I think I paid $28.03 for the shares that I bought. So, I've increased my exposure to Discovery. And I did it because I believe I'm going to make money.

Obviously, the market is still pricing in fears over Discovery making the transition from a linear cable distribution model to a more direct-to-consumer offering. Discovery has already made progress on that front, launching Food Kitchen Network's over-the-top service, complementing the company's other OTT subscription offerings such as Motor Trend on demand, Eurosport Player, and GOLFTV with Tiger Woods. Another DTC offering with HGTV's Fixer Upper stars Chip and Joanna Gaines will be going live in 2020.

Malone, obviously, believes that Discovery can make the transition:

Generating give or take $3 billion a year in leverage-free after-tax cash. Right? So, they have a lot of juice with which to solve their issues. They own all their content worldwide in all platforms. And they're pretty much the only global company right at the moment whose products are in front of audiences on a global basis. So, they've got a lot of the pieces...

Ok to jump in?

Discovery's C shares have jumped to just over $30 a share since revelations of Malone's big buy, but it's likely Malone thinks he's going to make more than a mere 8% on his recent Discovery bet. As such, it's not too late to buy shares of Discovery as a potentially lucrative value investment.