Dick's hit it out of the park by just about any metric, but there are two additional developments for investors to ponder.

The athletic-apparel retailer reported third-quarter sales of $1.96 billion, up from the prior year's $1.86 billion and ahead of analyst estimates calling for $1.92 billion. On the bottom line, Dick's reported adjusted earnings per share of $0.52, easily topping analyst estimates of $0.38 per share.

Same-store sales were also a bright spot during the third quarter, rising 6% higher, helping the company reach its best result since 2013 and well above analyst estimates of 2.9% growth. Part of the driving force behind the strong third-quarter results was an increase in average ticket and transactions and strong growth in the company's three primary categories of apparel, footwear, and hardlines.

"As we head into the holiday season, we remain very enthusiastic about our business, and we are pleased to increase our full year sales and earnings outlook for the third time this year," said Edward W. Stack, Chairman and Chief Executive Officer, in a press release. 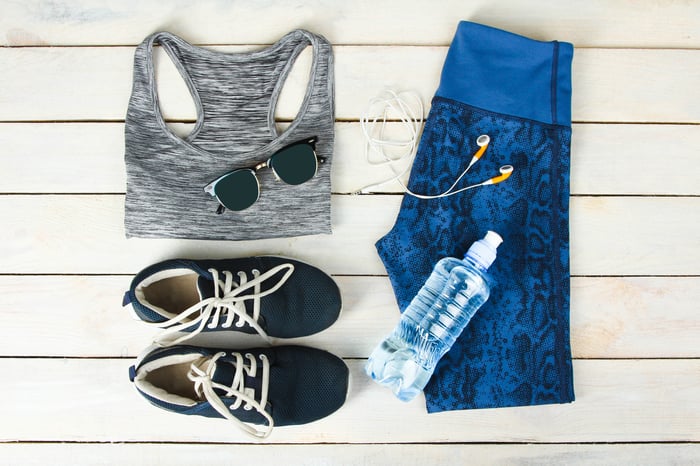 Many apparel retailers have been struggling, and the industry can be difficult to navigate. But it's a positive sign that athletic-apparel retailers seem to be bucking that trend. Just last week, athletic-retailer Hibbett Sports also posted an excellent third quarter.

Beyond the strong third-quarter figures, another positive takeaway for investors is that there doesn't appear to be any negative impact from the company's step back from gun sales. Management remains in a strategic review of its hunting business and removed hunting gear and guns from roughly 125 stores, as well as selling eight Field & Stream stores.

Lastly, one development that could bode well for investors was Nike flexing its muscles in a decision to stop selling directly on Amazon, reducing its number of retail partners in favor of a stronger relationship with the remaining partners, including Dick's.

All in all, it was a strong third quarter and the company should keep momentum going into the holiday season. Dick's stock price is up nearly 50% year to date.