Please ensure Javascript is enabled for purposes of website accessibility
Free Article Join Over 1 Million Premium Members And Get More In-Depth Stock Guidance and Research
By Keith Speights - Nov 27, 2019 at 7:00AM

J&J's competitive advantages aren't what they used to be. But does that change the appeal of the blue chip stock?

Moats don't last forever. Just look at Eastman Kodak and Sears, both of which once dominated their respective markets but are now only shadows of their former selves.

The kind of moat I'm referring to is an economic moat, a term popularized by Warren Buffett to describe the ability for a business to sustain a competitive advantage over its rivals. Companies with strong moats deliver great returns for shareholders over the long run and often become the biggest players in their industries.

Johnson & Johnson ( JNJ 1.46% ) is a great example of a company in the healthcare sector that has enjoyed a terrific moat. But there are some clear signs that J&J's moat is eroding. Should investors be worried that the company could become another Eastman Kodak or Sears? 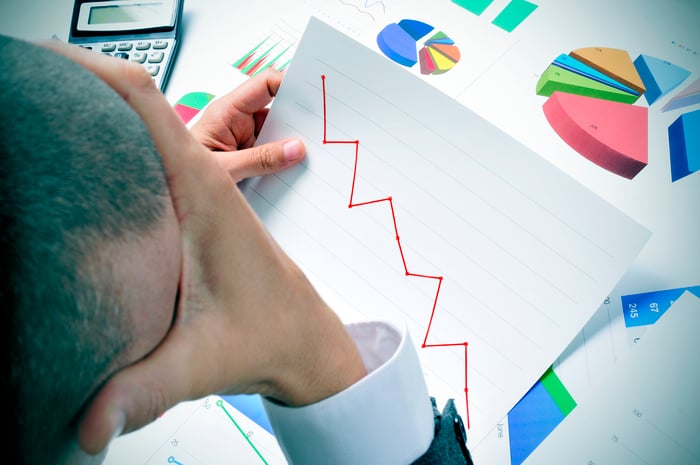 The pieces in J&J's moat

Solid moats can come from several kinds of competitive advantages. Companies can have distinct cost advantages over their rivals. They can enjoy a network effect where their products or services becomes more valuable the more people use it (think social media apps or search engines). There can be high costs to switch from a company's products and services to a rival's offerings. Companies can have competitive advantages stemming from strong brands or from intellectual property protection such as patents and trademarks.

Some companies have only one competitive advantage that serves as their moat. Johnson & Johnson, though, claims several.

J&J is the largest healthcare company in the world. Its size provides economies of scale that give it some cost advantages, particularly over much smaller rivals. Not only is Johnson & Johnson big, but it's also wide. It operates three multibillion-dollar business segments with over 260 operating companies. J&J is a major player in consumer health, in medical devices, and in pharmaceuticals.

This breadth of operations enables the company to offer bundled deals that lower costs for customers and insurers and make it harder for them to switch to rivals. For example, a hospital could opt to use one of J&J's prescription drugs as part of an overall deal that includes other drugs and a wide range of medical devices. Such deals could make it hard for other competitors to win the hospital's business. That's a case where J&J's size gives it both cost advantages and high switching costs.

Johnson & Johnson's brands stand among the most well-recognized in the world. Brand Finance, a top brand valuation and strategy consulting company, ranked the "Johnson's" brand as the most valuable cosmetics brand in the world. Neutrogena, which is owned by J&J, ranked at No. 5 on Brand Finance's list. Marketing consulting company Interbrand has included J&J in the top 100 strongest brands in the world for years. This brand strength especially benefits Johnson & Johnson in the consumer health market.

Why the moat is eroding

As impressive as Johnson & Johnson's moat is, though, it's eroding. And the erosion is occurring pretty much across the board.

J&J's ability to entice customers to use its products because of broader bundling deals is under attack. Pfizer took J&J to court alleging that its contracting approaches to protect immunology drug Remicade from biosimilar competition was anticompetitive. The U.S. Federal Trade Commission (FTC) is also investigating J&J's contracting practices related to Remicade. 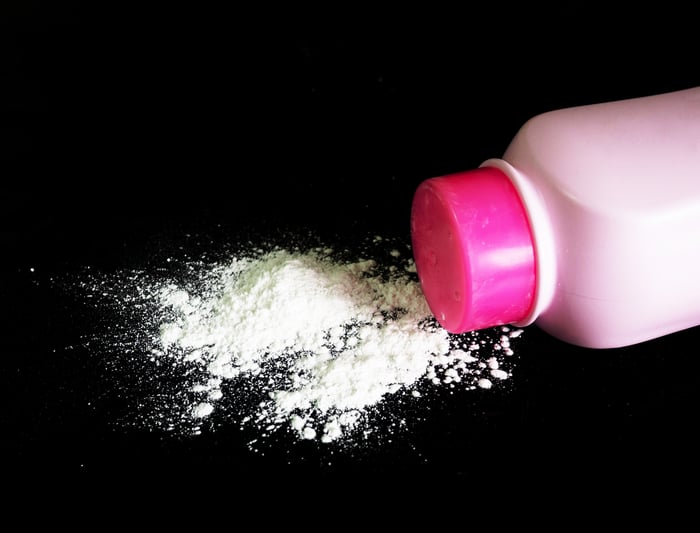 It's not hard to explain why J&J's brands aren't as strong as they once were. The company is battling thousands of lawsuits over allegations that its talc products, including Johnson's baby powder, contained cancer-causing asbestos. J&J announced a product recall of one lot of its baby powder in October after the U.S. Food and Drug Administration (FDA) found small amounts of asbestos in a bottle of baby powder. J&J subsequently conducted its own tests and said that it didn't find any asbestos in its baby powder products, but the damage to its brand remains a real problem.

The company has also been embroiled in opioid-related litigation. In September, it was ordered to pay $572 million by an Oklahoma judge after being found guilty of deceptive marketing of its opioid drugs. In a case not related to opioid drugs, a Pennsylvania jury found that J&J would have to pay $8 billion in punitive damages to a man because the company didn't warn him that using antipsychotic drug Risperdal could cause male breast growth.

Then there are the patent concerns. J&J already lost U.S. patent exclusivity to its one-time top-selling drug Remicade. The last U.S. patents for Stelara, which generated more than 6% of total revenue last year, expire in 2023. J&J lost an appeal over a court decision overturning its patents for cancer drug Zytiga in November 2018. The company is also engaged in multiple other lawsuits seeking to invalidate patents for key drugs and medical devices.

Investors absolutely shouldn't ignore the ways that Johnson & Johnson's moat is eroding. But should they worry about it? I don't think so.

J&J has encountered challenges to its moat in the past and managed to keep up its winning ways. It has lost patent exclusivity for top-selling drugs over the years only to launch new winners. It's faced plenty of lawsuits in its day. The company's brands faced a severe crisis in the 1980s with a scare over the tampering of its Tylenol products. And J&J came through that crisis.

Johnson & Johnson serves as a textbook example of why it's important for investors in stocks to look at the long term rather than the short term. Yes, J&J's moat is eroding to some extent right now. Its moat isn't totally disappearing, though.

No other company on the planet has the diversification across healthcare that J&J has. This kind of diversification is so rare that it's not usually included in discussions about economic moats. But for Johnson & Johnson, this diversification allows it to absorb punches in one area and continue to grow in other areas. Most companies facing the kinds of challenges that J&J has faced this year would have seen their shares plunge. J&J stock is up year to date.

I'm not concerned that Johnson & Johnson will become a healthcare equivalent of Eastman Kodak or Sears. The company's most important component to its moat -- its diversification across healthcare -- should keep that from happening.