Although Burlington Stores (NYSE:BURL) often outperforms its peers on a variety of metrics, it rarely garners the same kind of attention as does a company like TJX (NYSE:TJX), which is typically used to symbolize the resilience of retail's discount segment even in the Age of Amazon.

Yet across 1-, 3-, and 5-year time frames (Burlington went public in 2013), the share-price gains of this retailer have vastly outpaced those of its rivals. Maybe because many still view Burlington as a one-note discounter focused on coats -- despite its having long ago expanded its merchandise line -- it has been able to stay out of the limelight more than its more high-profile peers.

That's just one of the reasons Burlington Stores deserves a place in your retirement portfolio. 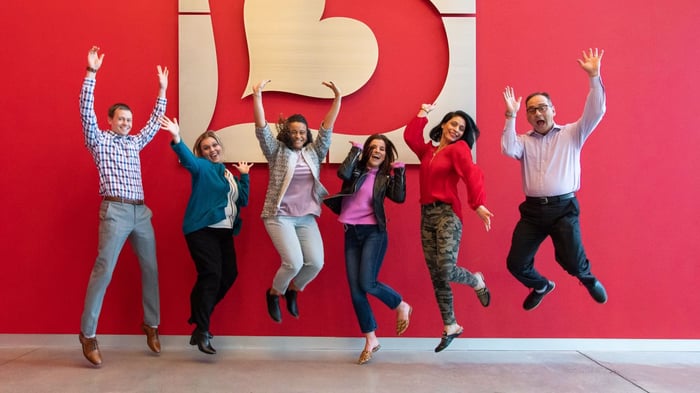 In terms of number of stores, Burlington is the smallest discount apparel retailer in the U.S. -- it had just 691 at the end of its second quarter. In contrast, TJX operates over 4,400 stores spread across several banners -- T.J. Maxx, the largest, has 1,260 locations, followed by Marshall's with 1,107 stores. Ross Stores (NASDAQ:ROST) is the largest off-price apparel and home-goods chain with 1,550 stores, along with 260 dd's Discounts locations.

Yet despite the footprint disparity, Burlington generates just as much in sales per store as TJX or Ross -- around $10 million. It's able to do that by offering a wider selection than its rivals.

Even the new, smaller stores it is opening with the goal of increasing profitability without diminishing selection are nearly twice as big as its competitors', at 43,000 square feet.

Those larger stores are a key ingredient in Burlington's merchandising strategy of stocking a clothing assortment that's a mile wide, but an inch deep. The retailer sources a broad selection of national fashion brands and prices them at a discount, but only offers a limited number of items in each style.

Not only does that give Burlington the ability to appeal to a wider swath of consumers by making it more likely that they'll find something they want, it also increases the treasure hunt nature of shopping in its stores -- is a key attraction for discount retailers.

That's why even though it has far fewer locations than its peers, Burlington is able to match them on per-store sales volume.

While that may also mean its stores are somewhat less efficient in terms of sales per square foot, its new policy of opening smaller ones should allow it to boost profitability without sacrificing selection.

By some metrics, Burlington Stores is a pricey stock. Shares are up 27% in 2019, and have risen over 50% from the year's low point. They're now trading at 33 times trailing earnings and 25 times next year's estimates, which many investors might view as rich valuations.

However, it's also trading at less than 2 times its sales, and analysts foresee earnings growth in excess of 13% annually over the next three to five years. For comparison, though Ross Stores and TJX have enjoyed similar performances and sport valuations not far removed from Burlington's, they're only expected to see 9% long-term earnings expansion.

Burlington Stores may often play second fiddle to the competition when it comes to grabbing headlines, but that gives it the opportunity to grow into its valuation (particularly if we do head into a recession), and earn a place in your retirement portfolio.