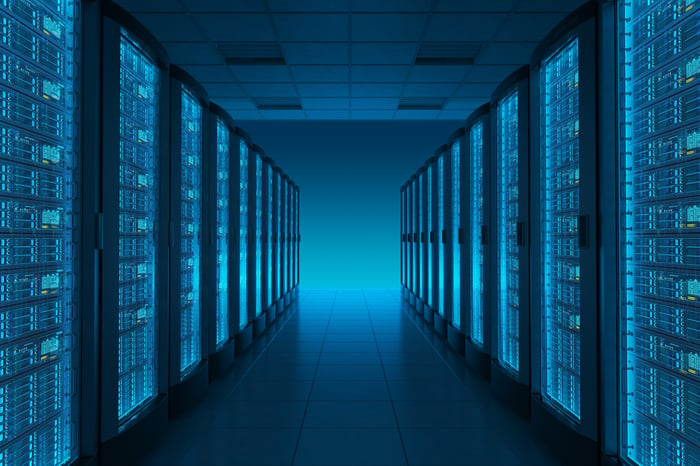 Spending money to save money

Reuters reported last week that AWS is almost done working on the chip, which is expected to be approximately 20% faster than the first-generation silicon. AWS is the largest cloud infrastructure provider in the world, giving it a greater incentive to pursue cost-saving measures by bringing chip development in-house, despite the billions that is necessary to invest in custom chip design.

The move will also help reduce Amazon's dependence on Intel (NASDAQ:INTC), which dominates the server chip market. Advanced Micro Devices has been making inroads, but Intel still commanded over 95% market share in the third quarter, according to Mercury Research.

The second-generation chip is expected to use Arm's Neoverse N1 architecture, according to the report. That chip tech is designed specifically for data centers, offering 2.5 times the performance for data center workloads while improving power efficiency compared to Arm's Cortex A72 architecture, which Graviton is based on. Amazon might double the number of computing cores from 16 to 32, a source told the outlet.

Apple kicked off the custom chip trend a decade ago -- the Cupertino behemoth is also working on Arm-based chips that could one day displace Intel processors in Macs -- and now designs nearly all of its most important components for the iPhone. Alphabet subsidiary Google has its custom Titan security chip, Facebook is hiring semiconductor engineers to make custom chips, and most recently Microsoft jumped on the bandwagon with a custom SQ1 chip that powers its new Surface Pro X.

Custom silicon is only a viable strategy for large, deep-pocketed tech companies, considering the hefty development costs. Over time, the hope is that those investments pay off in the form of optimized performance and lower operating costs.