Unbeknownst at the time, Apple (NASDAQ:AAPL) kicked off a broader trend toward custom chips back in 2010 with the A4. In recent years, tech giants have all been clamoring to design their own silicon in pursuit of various benefits, including better optimization of performance and power efficiency, reduced product complexity, and streamlined cost structures.

At this point, Alphabet subsidiary Google, Amazon.com, Facebook, and Tesla are all on the custom chip bandwagon, developing specialized processors designed for specific purposes. It's Microsoft's (NASDAQ:MSFT) turn to hop on. 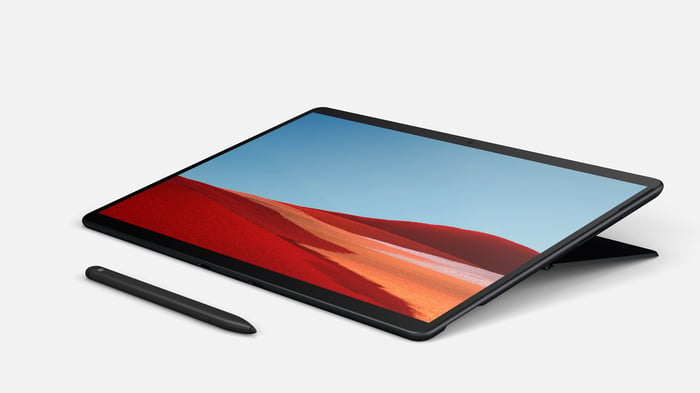 Taking another shot at Windows on ARM

"This product has three times more performance per watt than the Surface Pro 6," Microsoft hardware chief Panos Panay said during the event. Panay characterized the chip as having "Snapdragon mobile DNA, alongside an integrated AI accelerator." That's how Surface Pro X is able to offer 13 hours of battery life -- even more than Apple's iPad Pro -- in a thinner and lighter form factor compared to the Surface Pro 7.

Microsoft is playing some details close to the vest, declining to discuss what aspects of the silicon have been customized. "Together with Qualcomm we also redesigned the GPU and other pieces of silicon IP which I want to say but I'm not allowed to," Panay said. 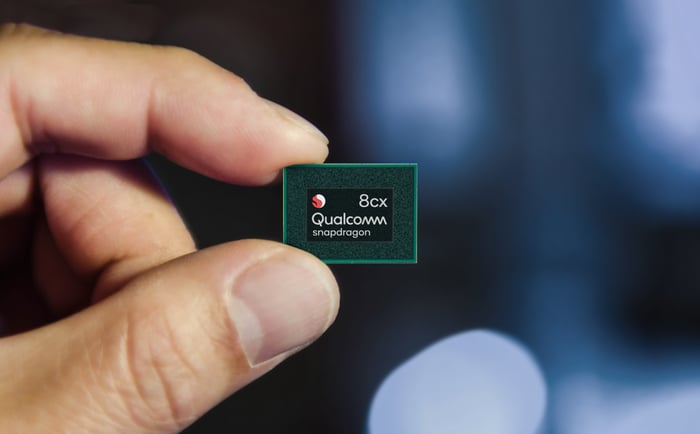 The SQ1 is a customized variant of Qualcomm's Snapdragon 8cx, the platform that represents Qualcomm's latest attempt to make chips for the Windows PC market. Qualcomm CEO Steve Mollenkopf said in August that the company is "on track to see the first of Snapdragon 8cx-based designs to launch in the second half of calendar year 2019."

In contrast, the Surface Pro 7 that was also unveiled uses a 10th-generation Intel (NASDAQ:INTC) chip and lacks a cellular connection. In terms of sheer performance, the Intel part should come out ahead, particularly for traditional Windows desktop apps that are already designed for that architecture.

It's now been six years since Microsoft released the last ARM-based Surface, the Surface 2. Microsoft has tried numerous times over the years to get Windows on ARM with little success, but it's not giving up quite yet.