Qualcomm (NASDAQ:QCOM), the largest mobile chipmaker in the world, diversified into PC chips in 2016. The move was unusual, since Intel (NASDAQ:INTC) and AMD (NASDAQ:AMD) held a duopoly in the PC chip market with their x86 processors.

Qualcomm's ARM-based Snapdragon chips also weren't compatible with software and versions of Windows designed for x86 chips. However, Qualcomm believed that it had two big advantages over Intel and AMD -- its chips were more power efficient (providing over 20 hours of battery life) and they were integrated with its 4G modems for constant cellular connectivity.

Qualcomm also partnered with Microsoft (NASDAQ:MSFT) to create an ARM-based version of Windows 10 which would run both apps for ARM and x86 processors (through software emulation), but the results were buggy and poorly received. For a while, it seemed Qualcomm would abandon its efforts to challenge Intel and AMD. 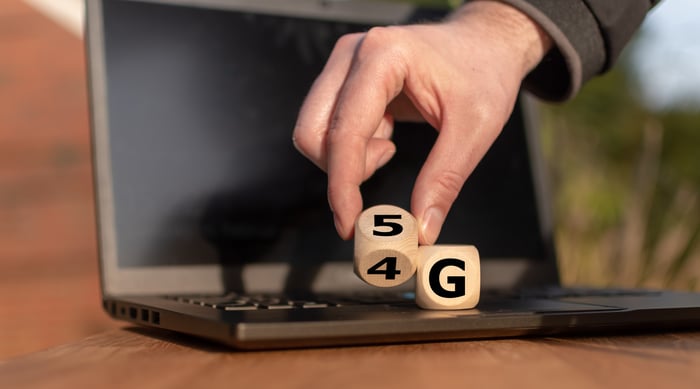 However, Qualcomm and Lenovo (OTC:LNVGY) unveiled "Project Limitless," a new Snapdragon-powered laptop that offers 5G connectivity, this week at Computex in Taiwan.

The laptop is powered by Qualcomm's Snapdragon 8cx platform, which bundles together a Kryo 495 CPU, an Adreno 680 GPU, and an X55 5G modem -- and can reportedly last several days on a single charge. Qualcomm also showed the Kryo 495 outperforming Intel's Core i5-8250U from 2017 in Powerpoint, Word, and Edge benchmarks. Intel's i5 topped the Kryo only in Excel.

Qualcomm and Lenovo didn't reveal a price or launch date for the 5G laptop yet, but it's clear that the chipmaker still wants a piece of the PC CPU market. Getting that would diversify its business away from its core mobile chip and wireless licensing businesses -- which both face intense pressure from antitrust regulators.

Qualcomm certainly has a few advantages in this market. Microsoft is still improving its support for ARM processors in Windows 10, Intel's ongoing chip shortage is sending OEMs looking for alternative chipmakers, and an always-connected 5G laptop that needs to be charged only once every few days should appeal to business travelers. 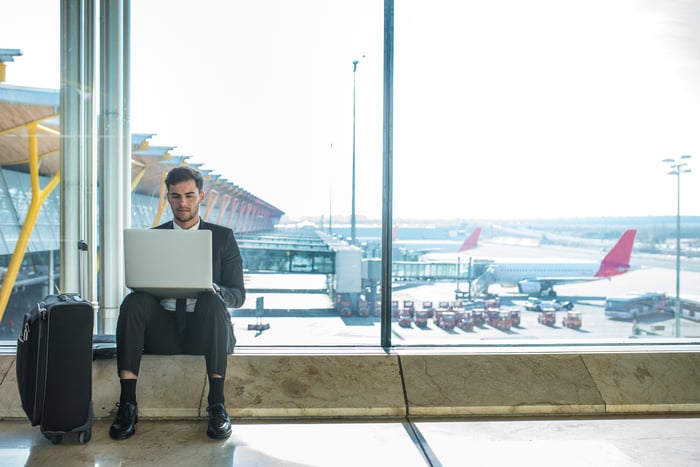 But it also faces plenty of headwinds. IDC expects the traditional PC market (desktops and laptops) to remain sluggish with a compound annual growth rate of -0.4% between 2019 and 2023. That growth rate rises to 0.05% if detachable devices are included, but it's still a tough market for any newcomer to break into.

During the first quarter of 2019, five companies -- HP (NYSE:HPQ), Lenovo, Dell, Apple, and Acer -- controlled over three-quarters of the global PC market. Only two companies -- Lenovo and Dell -- grew their shipments year over year. Long upgrade cycles, Intel's chip shortage, and competition from mobile devices all weighed down the market.

Qualcomm also needs to deal with software issues. Microsoft is ensuring that its first-party apps work on Snapdragon processors, but other companies probably won't put much effort into optimizing their software for a niche slice of ARM-powered PCs. Therefore, Qualcomm might need to subsidize the development of optimized software -- and those costs could easily outweigh the rewards.

PC makers also aren't sold on the idea yet. Last year, HP launched a Snapdragon-powered Envy x2 alongside an Intel-powered version, and the Intel version crushed the Snapdragon version in every benchmark except battery life. CNET stated that the device had "a huge gas tank, but not enough horsepower."

Project Limitless indicates that Lenovo will launch at least one Snapdragon-powered laptop, but it's unclear if the PC maker plans to produce any more devices.

Will Qualcomm ever give up on the PC market?

Qualcomm previously tried to challenge Intel and AMD in the data center market, and that effort flopped before Qualcomm reset itself to focus on AI accelerators instead of CPUs. Qualcomm could be headed down the same path with its PC efforts.

Intel and AMD are too entrenched in this market, and many OEMs probably aren't willing to trade software compatibility and performance for always-on 5G connections and longer-lasting batteries. I'm not saying Qualcomm's PC chipmaking efforts are doomed, but gaining a toehold in this market could require big subsidies and a lot of patience.