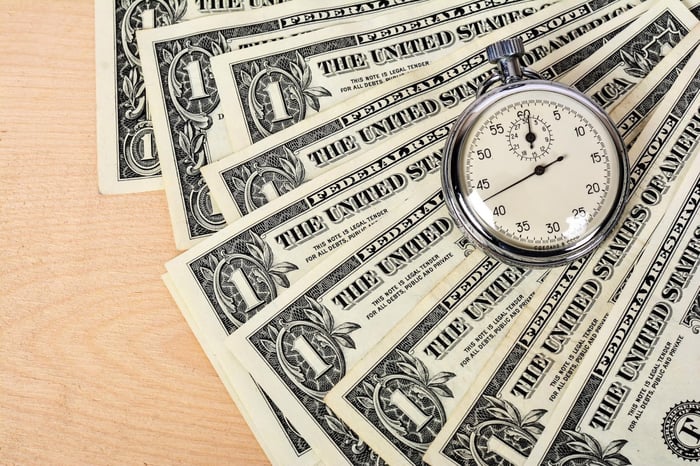 Management credits the surges in earnings and revenue to the growing subscriber numbers at the CBS All Access streaming network, with hit shows such as Why Women Kill. CBS's revenue was also enhanced by subscription growth from Showtime's subscription video-on-demand service, OTT, with critically acclaimed shows like City on a Hill. Both services had combined revenue growth of 39% since 2018, surpassing Netflix's (NASDAQ:NFLX)Q3 2019 year-over-year growth of 31%.

CEO Joe Ianniello touted the success of the company's direct-to-consumer content.  "We delivered record third-quarter revenues as we continue to increase our investment in our premium content and direct-to-consumer streaming services, which is the cornerstone of our growth strategy," Ianniello said. "During the quarter, our direct-to-consumer revenue from CBS All Access and Showtime OTT grew 39% from last year, driven by a strong slate of original programming." Though CBS has been the top broadcast network for 11 straight years, the corporation wants to expand beyond broadcast to the burgeoning market for streaming TV viewers.

While revenue overall was up thanks to on-demand original programming, the costs of creating those series have cut into CBS's operating revenue. The company noted in its earnings report that spending on programming caused third-quarter operating income to drop to $581 million from its Q3 2018 total of $690 million.

Advertising revenue also dropped to $1.18 billion, a 7% decrease from Q3 2018. Reasons included a lack of political ads in a non-election year and the PGA tournament, which was held earlier in the year (and thus drew lower advertising rates) in 2019. CBS also had to contend with a 19-day carriage dispute with AT&T (NYSE:T). The companies couldn't agree on the amount AT&T's Direct TV would pay CBS to carry CBS-owned networks, and the nearly three-week blackout caused a drop in advertising sales in the quarter.

The CBS/Viacom merger is imminent

CBS is looking forward to the future in the form of its upcoming merger with Viacom (NASDAQ:VIAB);  the companies are reuniting after a 13-year separation. Ianniello noted that the merger will be finalized in December, adding that CBS will appoint new executives to head the corporation's ad sales, digital, and programming divisions. "We remain fully focused on integrating these two great companies," Ianniello said. "As we head into the merger, I am very pleased with the way we have positioned CBS to thrive in this ever-changing media landscape." The thousands of shows from Viacom's library will give CBS more content to compete with other broadcast networks and streaming services.

The new name of the corporation will be ViacomCBS, and the new NASDAQ ticker symbols will be "VIAC" and "VIACA" (featuring CBS A and Class B common stock after the merger is complete).

The stock price is solid despite mixed earnings

CBS has a low P/E ratio of 5.1, which makes the stock look undervalued, given its strong third-quarter earnings and pending merger with Viacom. For investors seeking a media stock, this entertainment giant is a very affordable buy.