AbbVie (NYSE:ABBV) shareholders might not be exactly happy with the stock's performance in 2019. But they know it could be much worse. Only a few months ago, AbbVie was down more than 30% year to date. Since September, though, the big drugmaker has announced some positive pipeline news and delivered surprisingly positive third-quarter results.

But AbbVie received some unpleasant news last week in the form of an updated evidence report from the Institute for Clinical and Economic Review (ICER), an independent nonprofit group that evaluates the cost-effectiveness of healthcare treatments and tests. This ICER report contained three words that AbbVie investors really didn't want to hear: "marginal clinical benefit." 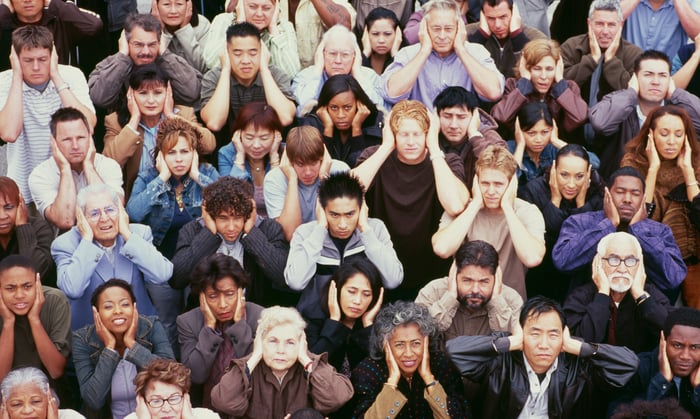 Why should those three words be so troubling? It helps to understand the context of ICER's report.

The organization's goal with this report was to analyze the cost-effectiveness of Eli Lilly's Olumiant, AbbVie's Rinvoq, and Pfizer's Xeljanz in treating rheumatoid arthritis (RA) compared to the current gold standard for RA -- AbbVie's Humira. ICER's findings for Olumiant and Xeljanz were especially tough, with the evidence report stating that "the evidence cannot demonstrate added effectiveness for tofacitinib [Xeljanz], and we found no evidence with which to compare baricitinib [Olumiant] to adalimumab [Humira]."

This report appears to undermine to some extent AbbVie's previous claims that Rinvoq clearly outperforms Humira. In the company's third-quarter conference call, for example, AbbVie CEO Rick Gonzalez stated, "With the strong benefit-risk profile demonstrated across our registrational trials, Rinvoq offers meaningful advantages over products on the market today or in development for rheumatoid arthritis."

ICER originally released a draft evidence report in September that contained even worse news for Rinvoq. That report found that the incremental cost-effectiveness for Rinvoq compared to Humira failed to come in below ICER's $150,000 threshold. However, the organization subsequently changed some of the parameters used in its analysis, resulting in the evidence report released last week that was more favorable toward Rinvoq -- although still problematic in that it could present challenges for AbbVie.

Despite the ICER report's lukewarm verdict on Rinvoq, there is some good news. AbbVie's list price of $59,860 for the drug less standard rebates of around 25% come in between ICER's value-based price benchmark range of $44,000 and $45,000. This pricing should allow the company to gain traction with payers even though Rinvoq's benefit is only "marginal" over Humira based on ICER's analysis.

Any bumps in the road for Rinvoq could be significant for AbbVie because the company needs to replace sagging sales for Humira. The drug already faces biosimilar competition in Europe, where sales plunged 33% year over year in the third quarter.

However, AbbVie hasn't faced the big challenge for Humira yet. Biosimilars to the best-selling drug will hit the U.S. market beginning in 2023. It's this looming sales cliff that AbbVie hopes Rinvoq can help offset.

Industry expectations are high for Rinvoq. Market researcher Evaluate Pharma picked the drug as the No. 2 biggest new drug launch of 2019. AbbVie projects Rinvoq's peak sales will be in the ballpark of $6.5 billion as it picks up additional indications beyond RA.

There are three words that should give AbbVie a level of comfort that ICER's report doesn't: AbbVie has more. In other words, the company's strategy to deal with the falling sales for Humira don't rely only on Rinvoq.

AbbVie's other recently approved immunology drug, Skyrizi, is also expected to be a huge blockbuster. The company's current blood cancer drugs, Imbruvica and Venclexta, continue to enjoy strong momentum. And AbbVie thinks that Orilissa could become a blockbuster in the future in treating endometriosis and uterine fibroids.

The company also plans to acquire Allergan. This pending transaction, when finalized, would significantly reduce AbbVie's dependence on Humira.

Perhaps the best three words of all related to AbbVie, though, are "5.4% dividend yield." AbbVie ranks among the best dividend stocks on the market right now. Investors would prefer that Rinvoq be viewed as a clearly better alternative than Humira. But they'll take the ICER report in stride, knowing that AbbVie's dividends will keep on flowing.