The Dow Jones Industrial Average (DJINDICES:^DJI) rebounded on Wednesday, up 0.63% at 12:25 p.m. EST. A report from Bloomberg, which suggested that the U.S. and China are close to agreeing to a roll back of tariffs as part of the first phase of a trade deal, may be contributing to the gains.

After the U.S. Food and Drug Administration (FDA) found sub-trace levels of asbestos in a single bottle of Johnson & Johnson's baby powder, the consumer health giant announced a recall of a single lot of that product in October.

Later that month, Johnson & Johnson rebuffed the FDA's findings after running its own tests via third-party labs. Fifteen new tests on the same bottle failed to find asbestos contamination, and 48 new tests on bottles from the same lot also came back negative. 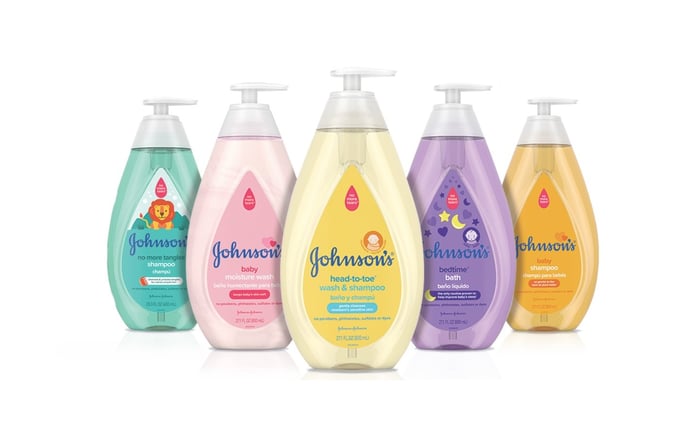 On Wednesday, Johnson & Johnson announced that its investigation into the asbestos issue has concluded. Two third-party labs performed a total of 155 tests using four different testing methods, with none finding any contamination. The company has ruled out its mining and manufacturing supply chains as the culprit behind the FDA's findings.

Johnson & Johnson also said that the testing protocol at the lab used by the FDA deviated from standard practice and the lab didn't execute a full asbestos confirmation: "The Company's investigation concluded that the most probable root causes for the FDA's reported results were either test sample contamination and/or analyst error at the AMA lab."

Shares of Johnson & Johnson were up 1.6% Wednesday, buoyed by broader stock market gains and the positive asbestos news. The stock is now up about 8% since the beginning of the year.

Shares of United Technologies were up 1.2% Wednesday after a price-target boost from an analyst. Cowen raised its price target on the stock from $150 to $169, representing an upside of about 16% from the current price.

Back in October, United Technologies updated its full-year outlook after reporting third-quarter results that beat expectations. Sales were up 18% year over year and up 5% on an organic basis, driven by acquisitions and strong growth at Collins Aerospace. Adjusted earnings per share jumped 15%.

United Technologies agreed to merge with Raytheon earlier this year in an all-stock deal expected to close in the first half of 2020. The deal was approved by shareholders on October 11. The new company, called Raytheon Technologies Corporation, will be focused on the aerospace and defense markets. United Technologies' Otis and Carrier businesses will be separated as part of the deal.

While the looming merger adds some uncertainty, shares of United Technologies have done well this year. The stock is up about 36%, nearly doubling the return of the Dow.