For the sixth straight quarter, investors in Noodles & Company (NASDAQ:NDLS) have something to cheer about. Comparable-store sales, a particularly important metric for restaurant stocks, were up 2.1% in the company's third quarter. This marked the sixth consecutive quarter of increased comps for the company.

Perhaps comps success gave management a boost of confidence, because the company is now targeting net unit growth (i.e., opening more restaurants than it closes) in 2021 for the first time since 2016.

But Noodles already tried its hand at expanding the restaurant chain once before. Is there any reason to believe that such growth will work out better for the company this time? The answer is yes. 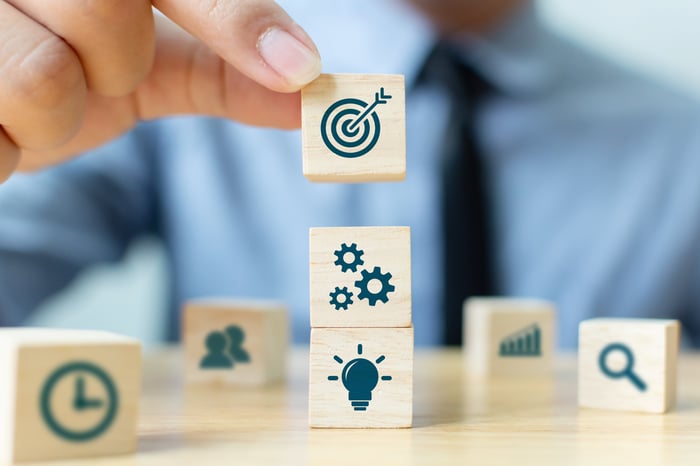 Noodles & Company IPO'd in 2013 and quickly achieved a $1 billion market cap. Despite its relatively small footprint at the time, it was growing its store count by double digits annually, targeting 2,500 units long term. According to restaurant trade magazine QSR, that would be enough to land the company in the top 20 chains in the U.S.

That amazing growth target was reminiscent of Chipotle Mexican Grill (NYSE:CMG), and many investors bought in, chasing the next great growth story in the restaurant industry. Unfortunately for them, Noodles' momentum evaporated after just a few years.

Despite strong growth in the early stages, the expansion story ultimately failed, because many Noodles locations generated negative cash flow. While there's hope for eventual efficiencies of scale, an unprofitable business can only accelerate growth for so long before its runs out of steam. In that regard, Chipotle's unit growth was never a good comparison for Noodles. Even in Chipotle's early days as a public company, it pursued unit expansion, because the model was already profitable. Net-earnings growth and earnings-per-share growth far outpaced revenue growth. 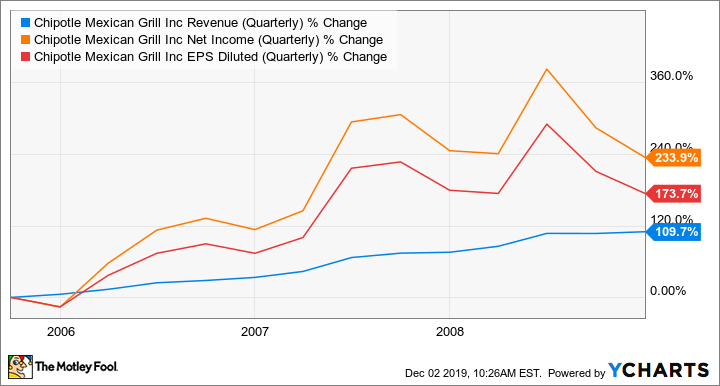 Noodles closed 57 underperforming locations in just a single quarter, the first quarter of 2017. There hasn't been any net unit growth since then.

Expansion plan 2.0: The jury is out

Noodles hasn't provided specific guidance for 2020 yet, but in its third-quarter earnings call, it laid out plans for 5% unit growth in 2021 and 7% annual unit growth after that. That would give the company almost 600 locations five years from now. So why won't this plan backfire again?

Last time, Noodles opened new restaurants that generated negative cash flow. To avoid repeating this mistake, the company is addressing labor costs by upgrading its kitchens in 2020. It make sense to address labor costs first, as it's the company's largest expense, accounting for 32.1% of sales in the latest quarter. By comparison, Chipotle's labor expense is significantly less at just 26.6% of sales. In addition to a kitchen makeover, the company plans to save on labor with new "operating processes."

But saving on labor isn't the only way for Noodles to grow profitably. Another area of interest is delivery, which now accounts for 7.6% of sales. Most of those delivery orders come through third-party apps, hurting profitability because of high commission-based fees. To address this, Noodles has increased its delivery menu pricing by 10%. It also hopes to steer diners toward its own app when placing a delivery order to avoid sharing as much with third-party delivery services.

It doesn't matter how the company does it, as long as it expands without ignoring profitability, and it seems to realize that this time.

Noodles management will continue to lay a foundation in 2020 prior to reaccelerating growth in 2021. And that will allow investors to stay on the sidelines for now and evaluate over the next few quarters just how much this kitchen upgrade will actually help control costs. If it can deliver a much more profitable business, that would be a reason to buy the stock before major unit growth resumes in 2021 -- possibly before Wall Street notices the changing narrative.

But it's important to note that of the 57 locations closed in early 2017, the average unit volume (sales per location) was $700,000 -- significantly less than the $1.2 million from current locations. That means that expenses weren't the only problem Noodles had when trying to expand last time -- sales were also a problem.

This time, the company will need to pick locations that will generate sales at least on par with existing ones, but that will be harder for investors to project beforehand.