International Flavors & Fragrances (NYSE:IFF) stock jumped early in November after the company reported third-quarter earnings, and it continued to move higher thanks to momentum in the broader market. Shares gained 15.8% in the month's trading, according to data from S&P Global Market Intelligence . 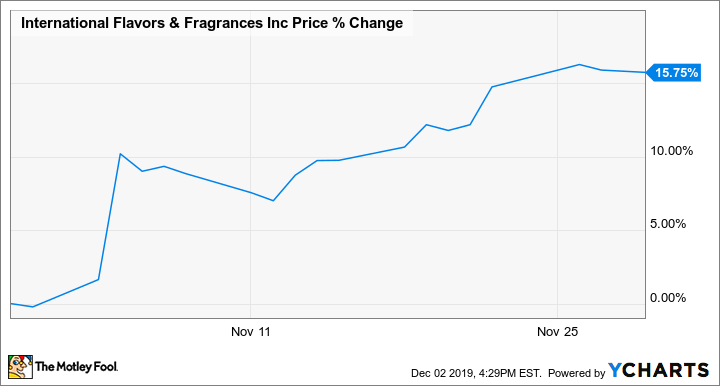 IFF reported its third-quarter results on Nov. 4, with non-GAAP (adjusted) earnings per share (excluding amortization) coming in at $1.53 and topping the average analyst estimate by $0.01. Revenue for the period was $1.267 billion, representing growth of roughly 40% year over year due to the company's acquisition of Frutarom, but sales fell roughly $24 million short of the average analyst target. 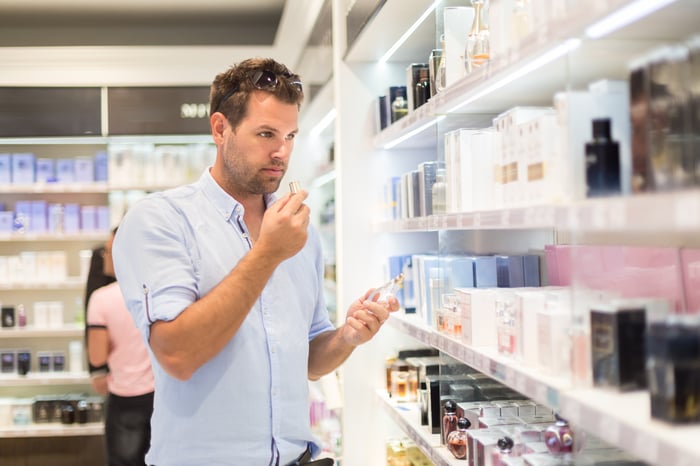 Here's Richard O'Leary, executive vice president and CFO, discussing the company's full-year organic growth outlook and touching on some issues that have been dragging on business performance:

We have been impacted by two specific challenges, one in our taste segment and the second in our Frutarom segment. Starting with our combined organic growth, we expect to finish 2019 at approximately 2% organically. As we communicated throughout the year, we have been impacted by higher than normal volume erosion on our core taste business particularly with multinational customers.

The impact of this on our consolidated growth is approximately half a point on a full year basis. At Frutarom, the combination of the transitory issues we outlined including CitraSource, Natural Colors, trade and marketing as well as the compliance investigation had approximately 1.5 point adverse impact on our top line growth relative to expectation.

Sales from the Frutarom business climbed roughly 5% year over year despite volume declines for CitraSource and reduced pricing powers for Natural Colors. Management says that the integration of Frutarom has resulted in roughly $30 million in cost savings across its first nine months as part of the company and expects that savings will climb to $50 million by the end of the year -- significantly ahead of the initial target for cost synergies of $40 million in the period.

Management reaffirmed its full-year guidance in its third-quarter report and conference call, but suggested that the business was likely on track to perform at the lower range of its targets. The company is projecting for sales to come in between $5.15 billion and $5.25 billion, adjusted earnings per share to be between $4.85 and $5.05, and adjusted earnings per share excluding amortization to be between $6.15 and $6.35.