With a surprisingly good third quarter 2019 earnings report, Duluth Holdings (NASDAQ:DLTH) stock rang up 24.5% gains Thursday on the result. The lifestyle brand has had a brutal year, with the pains of expansion rocking the retail company's bottom line. The third quarter marks a drastic change to that story.

With decent guidance for the year indicating shares aren't overly expensive, now might be the time to start looking at Duluth as an investment.

An improved bottom line in the third quarter

Duluth continues to scale its business and managed to improve the bottom line in the process, bucking the trends that have marred the first half of the year. Progress seemed balanced across different areas of the business, with net sales growth derived from 24.1% year-over-year growth in retail and a 2.9% bump in direct-to-consumer sales. The company noted that there was strength shown in both men's and women's product lines. Among the other results: 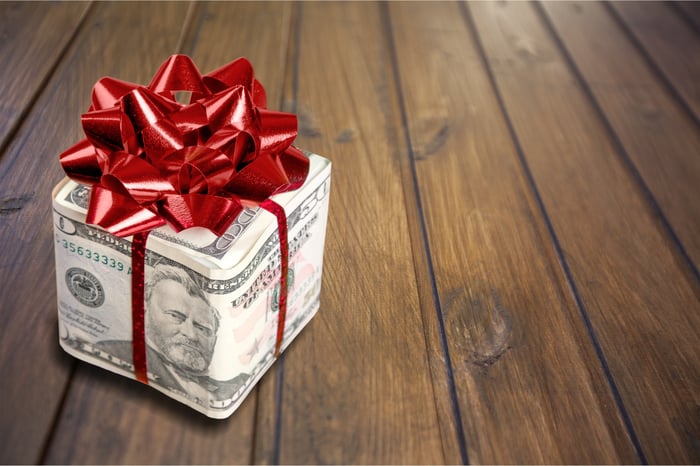 Things have improved a lot since Duluth endured a $7.6 million loss in the first quarter of 2019. Duluth provided full-year guidance for sales of $610 million to $620 million. Earnings per share are forecast to be in the range of $0.60 to $0.66 per diluted share. That would conservatively give the stock a forward P/E ratio of roughly 16 times full-year earnings guidance.

The stock needs some strong fourth-quarter results to help investors move past its painful start to 2019. The holiday season seems primed to do that. Founder and CEO Stephen Schlecht was quoted in the earnings release, stating, "Our entire team has been hard at work to set the stage for the all-important holiday shopping season and I believe we entered the fourth quarter better prepared to serve our customers than any time in the last two years."

Overall, there seems to be some positive sentiment this holiday season, as consumer strength remained strong through the third quarter. Big retail names like Walmart and Target reported strong comp sales, indicating consumer spending is still there. Given the rate at which Duluth is managing to drive its revenue growth, I think the company can bring in some of that consumer demand. The big question will be how it manages its expenses. That was the big problem with the first quarter. The company created strong net sales gains of 14%, but selling, general, and administrative expenses got out of hand. Based on the way Duluth Holdings has managed itself since then, I think the company has learned its lesson.

I like what Duluth did in the third quarter. The surprise might even suggest more good news in the holiday quarter. The stock lost over 60% of its value this year, which is partly the reason for the 25% rally post-earnings. Despite the big run, there's still room for stock price improvement if the fourth quarter can deliver the way the third did.