Biohaven Pharmaceuticals (NYSE:BHVN) expects to announce results from its phase 3 clinical trials before the end of 2019. The company seeks to develop drugs to treat diseases of the brain, a notoriously challenging area for drug developers. However, the risk-reward ratio should be attractive to investors.

One of Biohaven's key research and development efforts centers on the development of drugs that interact with the calcitonin gene-related peptide (CGRP) receptor, which is found in a pathway that sends pain signals to the brain. The company has two drugs targeting the CGRP receptor that are meant to treat and prevent migraines.

Investors can take comfort in knowing that targeting the CGRP receptor for migraines has prior precedent. Aimovig, a once-a-month CRGP receptor-blocking antibody from Amgen (NASDAQ:AMGN) and Novartis (NYSE:NVS) led this class with its approval to prevent migraines from the U.S. Food and Drug Administration in May 2018. Ajovy from Teva Pharmaceuticals (NYSE:TEVA) followed suit with a September 2018 approval allowing the flexibility to be given either monthly or quarterly. Days later, Emgality from Eli Lilly (NYSE:LLY) gained FDA approval for the prevention of episodic cluster headache in adults.

Large molecules, like the antibodies noted above, require injections that may not be ideal for a lifelong condition like migraines. Instead, Biohaven develops small molecules that do not require injection. Zydis, an orally dissolving CGRP receptor antagonist, has completed phase 3 clinical trials and stands before the FDA awaiting approval. Biohaven's second drug in the class, vazegapant, will have phase 2/3 trial results before the end of this year.

In September, Biohaven announced that it completed enrollment of more than 2,100 subjects into its pivotal phase 2/3 clinical trial for vazegapant as a treatment for acute migraine. What makes vazegapant unique? It is the first intranasally administered CGRP receptor antagonist. Inhalation of the drug allows an exceptionally rapid path to the brain, which in turn allows for quick therapeutic relief from the migraine.

In contrast to the approved antibodies, Zydis and vazegapant intervene to stop ongoing migraines. Biohaven is not alone. Allergan (NYSE:AGN) filed for approval of its oral small molecule ubrogepant and expects an FDA ruling this month. That would leapfrog Zydis as the first oral treatment on the market. Biohaven responded by furthering Zydis' potential indications by testing it for migraine prevention. The phase 3 trial should have results in December or "early 2020," according to the company. 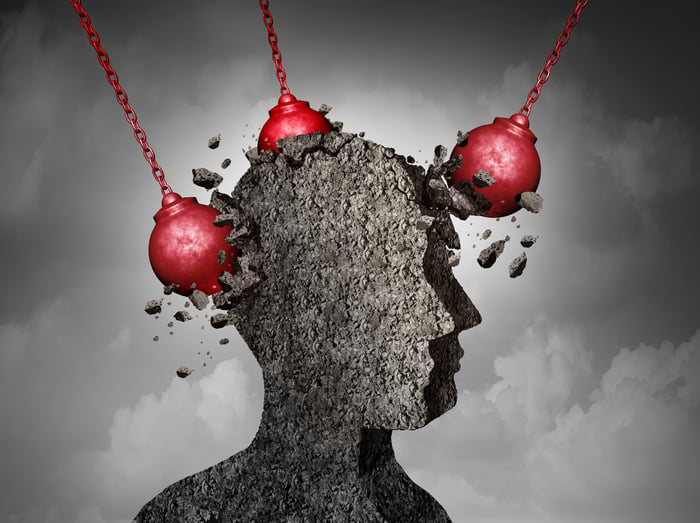 Roughly 12% of the population suffers from migraines, including children. Besides the physical pain, persistent migraines can impair one's quality of life. Medical journal Headache recently published that 2.6 million migraine sufferers also have cardiovascular issues that restrict their ability to be treated with the commonly prescribed triptan class of antimigraine therapy. Biohaven believes it will circumvent the cardiovascular issues facing the triptan class of migraine drugs.

Neurological diseases such as migraines cause millions of patients to suffer each year. Biohaven has a solid chance of reporting positive phase 3 clinical trial data leading to marketing approval in the future. As a backstop, Biohaven's R&D efforts include several advanced clinical-stage drugs candidates, including a reformulation of riluzole, an approved drug to treat amyotrophic lateral sclerosis (ALS), more commonly known in the U.S. as Lou Gehrig's disease, named after the baseball player.

That said, biotech investing, particularly in companies pursuing brain and central nervous system diseases, requires enduring R&D as well as regulatory and commercial risk, but the rewards can be bountiful. Acadia Pharmaceuticals (NASDAQ:ACAD) added over $1 billion in valuation following positive results on a drug to treat dementia-related psychosis. On the flip side, Sage Therapeutics (NASDAQ:SAGE) dropped 60% after it announced a failed phase 3 clinical trial in depression.

Hopefully, buying this stock today won't cause investors any headaches.