To call it the end of an era might be hyperbole. In fact, most investors won't initially even notice Alphabet (NASDAQ:GOOG) (NASDAQ:GOOGL) has a new CEO. But, Sundar Pichai -- previously the head of all things Google but still subject to company founders Larry Page and Sergey Brin -- will now be in charge of the whole shebang. That adds Alphabet's non-Google ventures like Waymo and a handful of healthcare projects to his plate, but more importantly, it puts Pichai completely in the proverbial hot seat. He's taking the whole helm at a time when Alphabet is already being forced to reinvent itself.

The new Google may end up being a kinder and gentler company to appease regulators, but that's not necessarily good news for shareholders.

Pichai publicly states he is a fan of online privacy, for the record. Just a few months ago (and not for the first time), Alphabet's new CEO explained in no uncertain terms that online, digital privacy was not a mere "luxury good" meant for those who could pay for it. It's not clear, however, that Pichai has been able to completely commit to the idea just yet. In November, the Department of Health and Human Services opened a probe into Alphabet's gathering of healthcare data from millions of Americans. The purpose and nature of the data gathering remain unknown, which clearly poses a moral hazard. 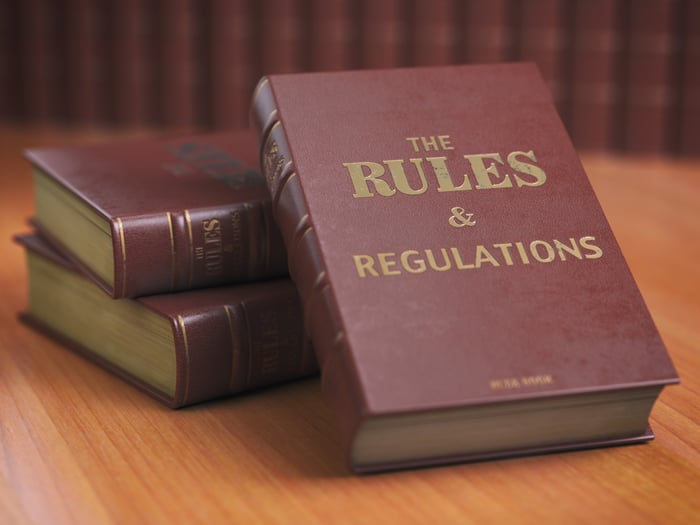 Of course, the company's current wrangling with privacy matters is nothing new, taking a discernible shape as far back as 2007 when a Privacy International report rated Google as "hostile" to privacy. The wrangling has only intensified and further jelled since then, though, rather than abated, serving as the driving force of a variety of legal and social pushbacks.

The EU has been even more relentless on the regulation front, fining the company several billion dollars last year for unfair, noncompetitive use of its Android operating system, and hitting it for a couple billion more earlier this year after it rejected rivals' advertisements. And, just last month, European regulators announced yet another investigation was underway, this one scrutinizing how Google collects data.

It would also be a mistake to ignore that Alphabet is already out of regulatory favor in the U.S for reasons beyond privacy. In June, the Department of Justice launched an antitrust probe. In September, several state attorneys general opened similar investigations.

Most of the U.S. probing is broad and vague, to be fair, perhaps reflecting a general distrust for so-called "big tech" names that wield much power within a legal framework that didn't fully foresee the way the web would become the centerpiece of our lives. Meanwhile, many of the EU's regulatory fines felt somewhat arbitrary and disconnected, imposed to send a message as much as punish. But some are questioning whether the large regulatory financial penalties will actually solve the issue.

There is a common thread among all the efforts thus far, though. Lawmakers -- with plenty of support from voters -- are persistently pushing back now. That movement seems unlikely to dry up. Indeed, if anything, governments and social-movement supporters seem prepared to go the distance now that they're gaining traction.

What all of this means for Alphabet shareholders isn't easy to predict. To its credit, the company has taken discernible measures to address privacy concerns. For instance, Google now allows users to automate the deletion of their geolocation data. In October, it offered YouTube users a way of deleting their video viewing history, and it added a means of privately using Google Maps. These are decisions that make using Google's services a more comfortable experience. They should also at least partially appease lawmakers, serving as a peace offering of sorts.

It's not a shift without consequences, however. As Douglas Schmidt, a computer scientist with Vanderbilt University who's specifically studied Google's user data collection and retention policies, explained last year, "Their business model is to collect as much data about you as possible and cross-correlate it so they can try to link your online persona with your offline persona. This tracking is just absolutely essential to their business." Less data about you makes it more difficult to sell you to advertisers.

There's the rub, so to speak, that's been building for years.

Ready or not, here comes change

Ideally, Pichai will continue balancing the efforts of increasingly frustrated regulators and lawmakers with always-lofty expectations of investors by talking more and doing less. Google has mastered the art of using data to connect advertisers and consumers. His preference is to minimize any change in the digital landscape's rules.

Somehow though, it feels like Larry Page and Sergey Brin are bowing out at a time when a sweeping change to the way the web works is inevitable, leaving tough and unpopular decisions up to Pichai to make.

To that end, with Pichai indirectly kowtowing to President Trump and affiliated persons and long cheering for some sort of federal privacy regulation, it's not a stretch to suggest he has already decided to embrace rather than resist regulatory change. There's little choice in the matter, but it's better to go with the flow and shape your company's destiny than let destiny shape your company. And yes, he's ready.

There's little doubt such a shift would make Google at least a slightly less potent advertising platform. The only question is how and when this all plays out, and how Alphabet's new head will handle it when he doesn't have to worry about the boss's opinion. It all suddenly seems much closer than it did a couple of days ago.