After nearly a decade of fits and starts, the integrated smart home may finally be ready for prime time. And this time it might not be a new speaker that'll enable smarter homes -- it might be your TV box.

As Verizon (NYSE:VZ), AT&T (NYSE:T), T-Mobile (NASDAQ:TMUS), and Sprint (NYSE:S) roll out 5G networks, they're also rolling out 5G home routers. Right now, those devices look a lot like a traditional cable or DSL router, but we may start to see devices that add functionality like Alexa and home music. This could be Apple's opportunity to include a 5G wireless connection and mesh network in Apple (NASDAQ:AAPL) TV and make the product a hub for the smart home. 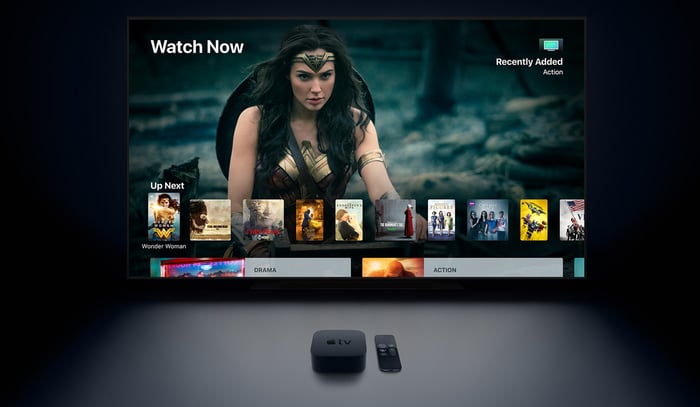 Where 5G networks are heading

If you look at the 5G product offerings wireless companies are rolling out right now, you may be surprised to see that home internet is at the top of their list. Not only is it a great use case for 5G, but it's also an additional product they can sell to consumers beyond just smartphone connections. 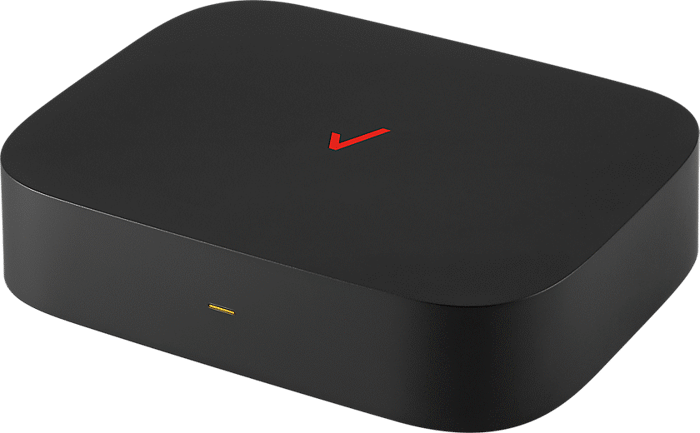 But that's not the only service AT&T, Verizon, Sprint, and T-Mobile are hoping to add, with all offering some form of streaming TV box and/or service to consumers. These are competing with Apple and Roku (NASDAQ:ROKU) set-top boxes. Some of these devices also include Google Assistant or Amazon Alexa, so Apple, in particular, has a vested interest in replacing them with its own devices and Siri.

If the functionality of the wireless router and the set-top box are combined by Apple, we may see the future of the smart home. And it would be a perfect product for Apple to bring to the market.

There are a few reasons the Apple TV would be a great multi-functional network device in the home. If you think about the locations an Apple TV would be in, it's a great spot to be a wireless hub for something like a mesh network. It's also where devices could connect to the Apple HomeKit platform for controlling smart thermostats, security systems, locks, lights, and more.

Connecting to 5G networks would also be a natural role for Apple to play given its experience with wireless networks. The iPhone already has the ability to connect to cellular networks and then broadcast a Wi-Fi signal. Adding that functionality to the Apple TV could simplify the smart home.

Apple is positioned better than anyone for a 5G connected home

The big telecommunications companies have proven time and time again that they aren't good at making hardware or software for consumers. Efforts to get customers to sign up for previous iterations of media or streaming services have been underwhelming, and third parties are likely better equipped to be the streaming hub of the home.

Apple and Roku are the natural tech companies equipped to build the 5G network/mesh/streaming hardware for the next generation home. I think Apple is better positioned given its experience in connected devices, and may be able to offer services from the Apple TV platform as well.

We don't yet know what Apple's role will be in the 5G home, but telecommunications companies are beginning to sell 5G routers and want to offer their own streaming subscriptions, both areas we know Apple is focusing on. Now may be the time for a big Apple TV upgrade with 5G and mesh capabilities to build the smart home of the future.