"Ultimately, senior management and the board disagreed on strategy," explained Chairman Barry Diller in last Wednesday's official company statement. Diller also noted the board disagreed with Okerstrom's tepid growth outlook for the foreseeable future, "strongly believing the Company can accelerate growth in 2020." It was ultimately a jab at Expedia's rebuilding plan launched earlier this year, which Diller says was a distraction that led to the company's "lackluster" third-quarter results. 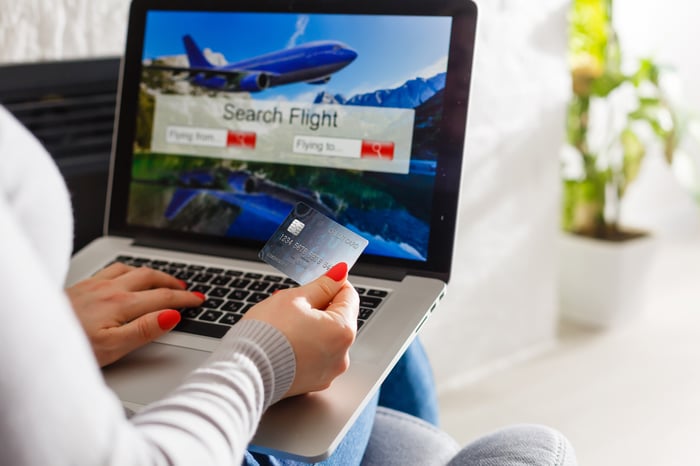 The rhetoric was the relatively standard fare investors have come to expect when directors begin to doubt that a company's chiefs are capable of doing the job at hand. In this instance, though, the official message glosses over one overarching reality -- Okerstrom and also-ousted CFO Alan Pickerill were working on changes that will prepare Expedia for the years ahead, even if that meant just a so-so 2020.

The overhaul is multifaceted to be sure, but one crucial point thrust into the spotlight during the Q&A portion of the conference call -- arguably the most important for an online travel agent -- was how easily would-be travelers are finding Expedia properties online. The then-CEO was forced to concede to Barclays analyst Deepak Mathivanan that "SEO [search engine optimization] exposure is shrinking all the time. It is one of many sources for us, and we haven't gotten into the specifics of how big it is, but it is becoming less important to us over time for better or for worse."

It was Okerstrom's response to a question from Morgan Stanley's Brian Nowak, however, that may have really rattled already-nervous investors. He said, "As we moved through [the] third quarter, we could start to see the impact from these SEO challenges and we also started to see the trends in ADRs [average daily room rate] working against us and with particular strength as we got to the very tail end of the quarter. So that's how I would think about it in terms of the challenges and the timing. As I said, we do expect them to continue to be a headwind for us in Q4 and into 2020."

Competition everywhere, of every type

Most investors wouldn't give the matter much more thought, and being easily found by a consumer using the Google search engine is hardly the only part of the Expedia revamp Okerstrom was orchestrating. If nothing else, though, an online travel agent needs to be easily found by new and nonloyal customers.

The challenge? Since Alphabet (NASDAQ:GOOGL) (NASDAQ:GOOG) began offering its own proprietary travel-booking solutions in 2011 via Google, the platform most used to connect travelers with travel agents has become a competitor in and of itself. Okerstrom also commented in a November interview, "As Google has innovated, they have been preferencing a lot of their own products over those of their advertisers."

Google isn't going to become any easier to compete with, either. If anything, it's only going to get tougher (and more expensive) to stand up to the globe's most pervasive, self-serving web company. For PiperJaffray, in fact, "the most concerning trend is the reduced efficiency of SEO (search engine optimization) marketing as Google pushes 'free' links further down the page. In particular, Google is favoring its own 'Hotel Finder' platform, along with other paid links, all of which are capturing more real estate on page one of the search results." PiperJaffray's analysts further suggested SEO headaches are also likely the reason that rival online travel agent Trivago is failing to meet its profit targets.

And it's not just Google anymore. Lots of big technology companies are creeping into the space. In an interview from a year ago, Okerstrom presciently pointed out, "While we continue to compete with online travel agencies like Booking.com, the competitive horizon has expanded to the point where we now go up against Google, Airbnb, and even Facebook as well."

Maybe the board of directors fully understood the size and disposition of all the competition that Expedia now faces, and will face a year from now, and then five years from now. The sudden loss of faith in a company's two top officers who are managing the business on a daily basis, however, is alarming all on its own.

Remember, the board may ultimately wield the power, but none of them knows what Okerstrom and Pickerill know about Expedia's reality within its respective market. If they'd rather deal with the grumbling spurred by weak results linked to a top-down overhaul than focus on just the next few quarters, perhaps the board should have let them. As Benchmark Company analyst Daniel Kurnos said, "I would think he [Diller] will find the right people to run it, but he [Okerstrom] certainly has a very impressive resume."

Now Diller and the board not only have to spend what will likely be months searching for two candidates, it could take months for those new hires to get fully up to speed.