Shares of bluebird bio (NASDAQ:BLUE) jumped 11.9% today after the biotech presented data from a pair of clinical trials at the American Society of Hematology (ASH) annual meeting.

Bluebird presented data from the late-stage Northstar-3 clinical trial, showing that its LentiGlobin gene therapy could help patients with transfusion-dependent beta thalassemia who have harder-to-treat mutations called beta0 and IVS-I-110. Nine of 11 patients who had been followed for at least six months hadn't received an infusion to treat their disease in the three prior months.

The company also presented long-term follow-up results for earlier-stage clinical trials of LentiGlobin that showed the treatment was working in beta0. In the Northstar-2 study, for example, nine of 10 beta0 patients had achieved transfusion independence. 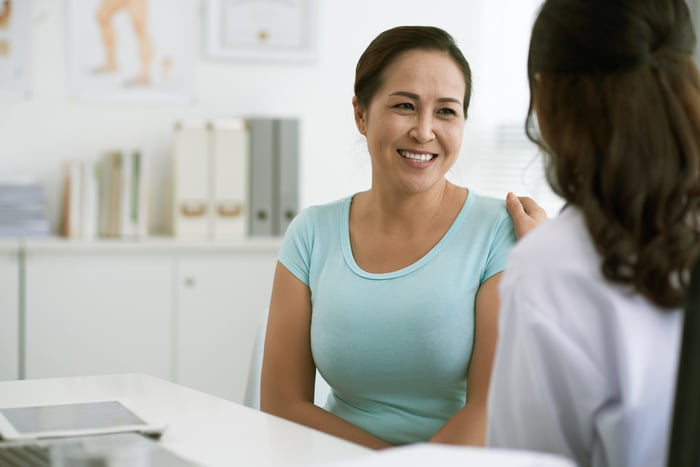 Also at ASH -- and in combination with Bristol-Myers Squibb (NYSE:BMY) through its acquisition of Celgene -- Bluebird presented data for bb21217, its next-generation chimeric antigen receptor (CAR) T cell therapy targeting a blood cancer marker called BCMA. The early stage phase 1 study was in patients with multiple myeloma who had failed other treatments. A solid 83% of the 12 evaluable patients treated with the lowest dose responded to the drug, including four with a stringent complete response or complete response, and six with a very good partial responses.

The higher doses didn't look quite as good, but the patients hadn't been followed as long, so it's likely the response rates will improve as the study progresses.

LentiGlobin is approved in Europe as Zynteglo, but not for beta0 patients, so the expansion -- and eventual approval in the U.S. -- will increase the potential market substantially. Bluebird is also testing the gene therapy in patients with sickle cell disease, with a clinical trial designed to gain regulatory approval expected to start next year.

With Bristol-Myers and Bluebird having already shown that the first-generation BCMA CAR-T, BB2121 -- which is now called idecabtagene vicleucel (ide cel) -- worked in the pivotal clinical trial designed to gain approval, investors can think of BB21217 as a bonus. If the next-generation drug works better (or is safer) at the higher doses, it offers upside over ide cel with little downside if the drug doesn't work any better than the first-generation product.