Last month, Netflix (NASDAQ:NFLX) CEO Reed Hastings said time will be the most important metric for investors to judge the success of various streaming competitors.

But Netflix isn't exactly forthcoming with how much time its audience spends watching its service. It occasionally releases some audience metrics like how many subscribers watched Bird Box or Stranger Things in the first week after their release. And this year it started releasing top-10 lists in the U.K and Mexico for subscribers to find out what everyone else is watching.

"You'll see more numbers from us, more transparency, more articulation of what's working and not," head of Netflix original films Scott Stuber told Variety. That's certainly a step in the right direction for Netflix, which expects to increase its $15 billion cash spend on content next year. Investors need to know if its content investments are paying off, and Hastings says time spent is the best way to judge that. 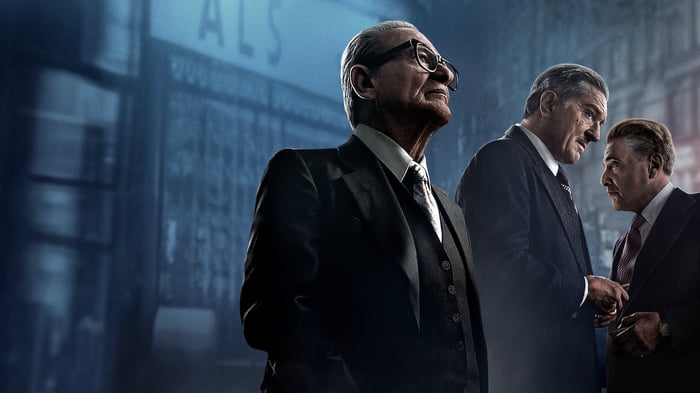 Since Netflix doesn't provide its own viewership data consistently, some of the best we have to go on is whatever Nielsen releases. For example, the ratings company said 17.1 million Americans watched The Irishman in the first five days of its release on Netflix. That compares to nearly 26 million for Bird Box in its first seven days.

But Netflix has contested relying on Nielsen's data. It notes the company only includes U.S. viewers on connected televisions. Netflix is a global company, and it sees a lot of streaming on desktop computers and mobile devices. Last year, Netflix said 45 million subscribers watched Bird Box in the first week of its availability.

To be sure, Netflix has detailed metrics it uses internally. Stuber says he knows how many consumers signed up to watch The Irishman last week. Netflix can use data like what series and films new subscribers watch in the first few days of signing up to determine what drove that sign-up. Amazon uses the same methodology internally for Prime Video.

Of course, it would be unwise for Netflix to provide that detailed data to investors. It doesn't make sense for investors to scrutinize every content purchase so closely. But more transparency around how much time users are spending with Netflix would help investors assess the value of the company's content spending.

Consumers will have more streaming options than ever in 2020, and Netflix plans to spend heavily in order to stay ahead of the competition. Meanwhile, Disney has already attracted millions of subscribers for Disney+, and it's planning to grow engagement with content investments for Hulu, too. Competition from Apple, AT&T, and Comcast could all cut into how much time subscribers spend on Netflix as well.

The increased competition creates a challenge for Netflix when it comes to its content spending decisions. Disney can confidently spend tens of millions to put out a new Star Wars, Marvel, or live-action Disney movie because they consistently attract people to movie theaters. Netflix's track record isn't nearly as consistent.

That may be why content chief Ted Sarandos gave a directive to make sure a project's budget aligns with how many subscribers it expects to sign up from that content. The math on those projections may change with the additional competition next year.

To be clear, Netflix's decision-making process won't change, but the environment in which it makes those decisions will. Stuber's comments suggest Netflix will be more forthcoming with the level of success it sees from its content investments. And with Hastings saying time spent is the best way to judge the success of streaming services, the company should be sharing more information around engagement in the future.