The company is raising more money from investors to support development of late-stage drugs. 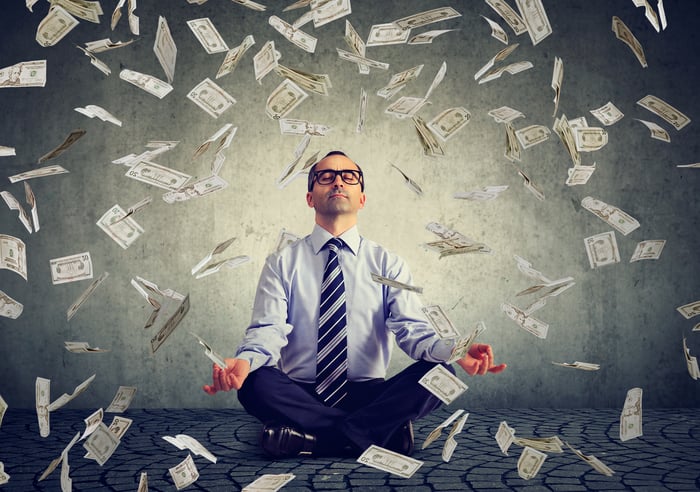 In the study, 40.8% of patients receiving the voclosporin regimen achieved renal response at the 52-week mark, versus 22.5% for patients in the placebo arm of the study.

The success was followed up (in typical biopharma fashion) with news on Dec. 9 that the company would tap investors for $150 million via a public stock offering. Since the offering dilutes existing investors, shares lost 7% of their value in early trading on Monday before rallying back to finish with a 2.2% gain.

Today, Aurinia announced favorable pricing for its stock offering, suggesting solid institutional interest in the company. Specifically, the offering priced at $15 per share, generating gross proceeds of $166.7 million for the company. There's also an opportunity for brokers to acquire an additional 1.67 million shares to cover any potential over-allotments.

The money raised will substantially increase Aurinia's financial flexibility. It listed $134.5 million in cash and equivalents on its balance sheet at the end of September.

Lupus nephritis is a swelling of the kidneys caused by systemic lupus erythematosus. Voclosporin could be the second win in lupus for Aurinia Pharmaceuticals founder Richard Glickman. Previously, Glickman was founder and CEO of Aspreva Pharmaceuticals, the company that successfully developed CellCept's use in lupus.

The last time around, Glickman helped orchestrate a nearly $1 billion acquisition of Aspreva by Galenica Group. There's no telling if an acquisition will happen this time around, but even if it doesn't, voclosporin's potential could make owning shares worthwhile. In the first six months of 2019, Roche reported CellCept revenue of $330 million, at current exchange rates.

A filing for Food and Drug Administration approval is planned for the first half of 2020, clearing the way for a regulatory decision in early 2021.