Dave & Buster's (NASDAQ:PLAY) got a little attention on Tuesday after beating earnings estimates for the third quarter. Despite better-than-expected results, however, the bar/arcade company is not a buy today. Its weakness in same-store sales has been prevalent for a while, and it's affecting profits.

The third quarter was a progression of what's been happening all year. Dave & Buster's continues to grow its total revenues while the underlying effect these revenues have on earnings shrinks. 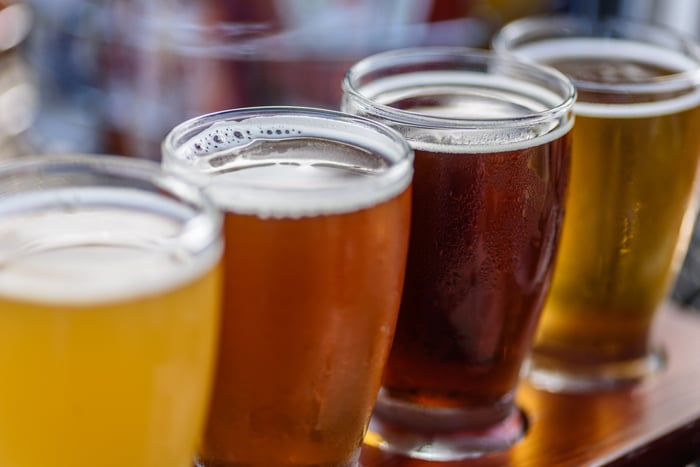 It's worth noting that third-quarter income was impacted by pre-tax charges that amounted to $0.08 per diluted share while also experiencing a benefit of $0.03 per diluted share from a pre-tax insurance recovery. Regardless of these items, earnings were still far below last year's performance. Overall, operating costs increased to 97.8% of revenues versus 94.5% a year ago.

The quarter's results follow the problems faced earlier in the year as the company struggles to bring in customers.

The weak comparable-store sales are definitely the most concerning problem facing Dave & Buster's. The company is relying on new store locations to drive revenues while its existing stores suffer declines. As this happens, the overall costs associated with creating revenues go up. Guidance for the full year has comp sales decreasing by 3% to 2.5%. This is a little less promising than the previous range of losses of 3% to 2%. Guidance also forecasts full-year net income at $94 million to $98 million. Conservatively, that would mark a 16.4% decline from last year's net income of $117.2 million.

It's not just sales and the income statement that give me pause on Dave & Buster's. The balance sheet is declining in health as the company racks up debt. Long-term debt has nearly doubled since the same time last year to $640.38 million. Total stockholders' equity has been taking hits through the last few quarters; it's now down to $148.12 million compared to $387.84 million a year ago. When you consider that the stock carries a market capitalization of more than $1 billion, you can see the discrepancy.

Dave & Buster's might be a cool name to own, but the poor comp sales, coupled with weakening operating margins, deserve some scrutiny. With comp walk-in sales declining by 4.6%, it would seem to me that the company is having trouble coming up with ways to attract more customers to its established stores. So long as this cannibalization effect takes hold, the revenue gains from new store openings are going to struggle to make up for the higher overall operating expenses of a larger store network. If you're looking for top stocks right now, this isn't one of them.