There's something special about investing in an initial public offering (IPO). It's many investors' first opportunity to buy a piece of the real live business in hopes that it will grow into something much bigger over time. Those investment hopes were certainly fulfilled for early investors of American Express (NYSE:AXP).

This is more than just a bunch of cold numbers on a page. Beyond them is a warm campfire story, full of actionable lessons for today's investor. Here's a little exploration into just how much a $1,000 investment in AmEx's IPO would be worth today. 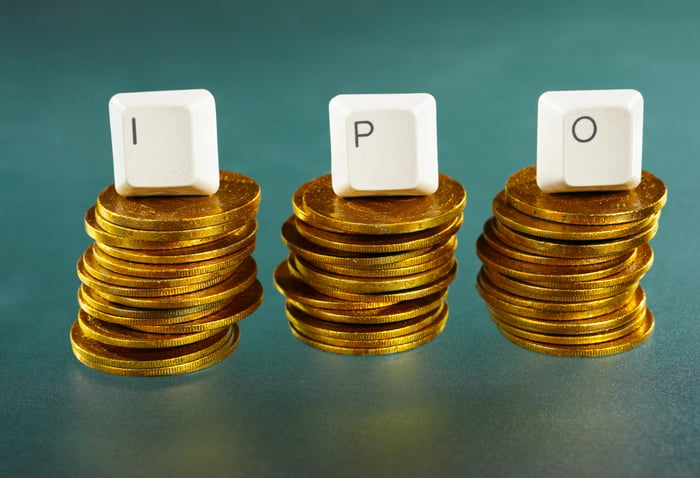 The incredible growth of American Express

American Express began in 1850, shipping items across the country with horses and wagons. Shortly thereafter, the company shifted to financial services, buying and negotiating prices on customers' behalf. Much happened over 170 years of its existence, but for this article, we'll track the company from May 18, 1977 -- American Express's first day on the New York Stock Exchange. At that point, the company had been in the nascent credit card business for 20 years.

Not all IPOs are great investments. So why would someone have bought American Express in 1977? Well, credit cards were an emerging trend, and AmEx was a first mover and top dog in the sector at that time. Anecdotally, my grandfather was a small-business owner in the early days of credit cards. He recalls how a credit card company incentivized him to accept payments by offering him 3% on each transaction. A few years later, however, terms reversed, and he was charged a percentage per transaction. In other words, subsidized credit card adoption shifted to genuine consumer demand. Attentive investors could have noticed the trend early.

Spin-offs are rare -- but lucrative -- opportunities for investors. They often are made to harness untapped business potential. Perhaps a dedicated spin-off will succeed by tapping an opportunity missed by the preoccupied legacy business. In fact, a Pennsylvania State study found that spin-off companies, on average, beat the market in the first three years as a separate company. For investors, it's the best of both worlds. You keep shares of the business you invested in while gaining exposure to another business absolutely free.

Back to our story. As of this writing, Ameriprise trades around $162 per share. With 756 shares, your Ameriprise stake alone is worth $122,472. And we haven't even looked at what your American Express shares are worth yet.

But it's not all good

IPOs and spin-offs are among the best things for investors, but this story also offers the absolute worst. It turns out that Ameriprise wasn't the only company spun off by American Express. In 1994, Lehman Brothers became its own publicly traded company as well. The arrangement was the same as with Ameriprise: Investors received one Lehman Brothers share for every five American Express shares. The $1,000 original investment had grown to 1,260 AmEx shares by 1994, entitling you to 252 shares of Lehman Brothers.

Do you recall Lehman Brothers? The largest corporate bankruptcy in history happened so fast that laid-off employees looked dazed as they solemnly shuffled out of the New York City office. In 2007, shares of the company reached their all-time high, around $82 per share. Your Lehman Brothers stake was briefly worth more than $20,000. A year later, your stake would be gut-wrenchingly worthless.

Losing 100% of an investment is the worst thing that can ever happen to an investor, and it's rare. Yet this is a fear that keeps people from investing. They don't want a Lehman Brothers-level investing failure. But one thing to remember is that while you can only lose 100% of an investment, investments can return far more than 100%. This is why a portfolio of at least 15 to 20 stocks is recommended, enabling winners to more than offset losers.

So just how much would that initial $1,000 American Express investment be worth 42 years later? Remember, our calculation includes shares for two companies.

As of this writing, American Express trades around $118 per share, making those shares worth more than $446,000. Combined with the value of the Ameriprise stake, the total value is $568,512. Further, both companies pay a dividend. The trailing annual dividend for American Express is $1.60, while it's $3.74 for Ameriprise. That's nearly $9,000 annually just in dividends -- 9 times your original investment.

I'm not cherry-picking to make things look better than they are. In fact, this story is told without having reinvested dividends along the way. Reinvesting dividends compounds returns and would have greatly increased the final tally.

But perhaps you scoff and say that $1,000 was a lot more money in 1977 than it is today. Surely average investors couldn't find that kind of extra cash back then. Well, according to the U.S. Census Bureau, the median income in 1977 was $13,570. Therefore, $1,000 was 7% of income. That was certainly doable back then and still is now. In reality, there's a good chance that you need to be saving more than 10% of your income anyway.

This article isn't meant to make readers pine away, just wishing they were fortunate enough to have invested in American Express in 1977. My hope is that this real stock story can mitigate fears and encourage you to get invested today.