Wednesday morning continued the waiting game for most market participants, as a two-day meeting of the Federal Reserve's monetary policy committee is set to draw to a close this afternoon. Investors aren't anticipating an interest rate change at this meeting, but they're hoping to get some insight into what could happen in the future. The latest reading on consumer inflation also raised some concerns about policy. As of 11 a.m. EST, the Dow Jones Industrial Average (DJINDICES:^DJI) was down 49 points to 27,833. However, the S&P 500 (SNPINDEX:^GSPC) climbed 4 points to 3,136, and the Nasdaq Composite (NASDAQINDEX:^IXIC) picked up 16 points to 8,632.

The Dow's underperformance came largely from Boeing (NYSE:BA), which found out that it won't be able to move forward with getting its 737 MAX jet in the air as quickly as hoped. Meanwhile, oil giant Saudi Aramco had its initial public offering on the Saudi Arabian stock exchange, and its valuation makes it the most valuable publicly traded company in the world.

Disappointment to the MAX

Shares of Boeing fell 2% after the U.S. Federal Aviation Administration (FAA) said that the aircraft manufacturer shouldn't expect to get clearance to fly again until the end of 2019. FAA Administrator Steve Dickson offered testimony today to a House committee to keep lawmakers apprised of the situation. 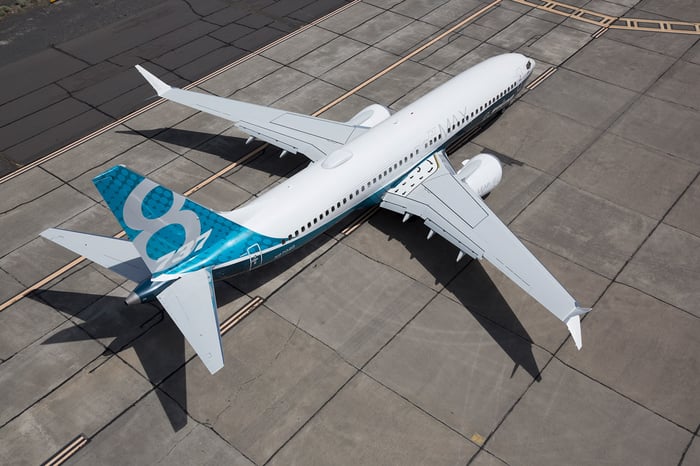 The FAA indicated that there's a substantial amount of work left to do before the 737 MAX's airworthiness can be certified, including various technical reviews of systems onboard the aircraft, as well as a test flight. The FAA will also have to determine what requirements there will be for pilots to get training on the jet's systems before returning the MAX to service.

The news is disappointing to Boeing, which had openly sought to get the MAX back in the air before the beginning of 2020. Yet with the FAA conducting all of its certification review tasks itself rather than delegating some to Boeing, as it did in the past, the process has been out of Boeing's hands and slower than hoped.

Even once the plane gets a sign-off from the FAA, it'll still be a while before passengers can expect to see MAX planes at airport gates. Most airlines have already taken MAX flights off their schedules through March 2020, and further delays could come if the FAA doesn't move expeditiously from here.

Shares of Saudi Aramco got a good reception in its initial public offering, as the stock climbed the maximum 10% early on in the trading session. After pricing at 32 Saudi riyals, the shares quickly pushed higher to 35.20 riyals, worth about $9.40 per share.

The offering price made Saudi Aramco's long-planned IPO the largest in history, as the company offered almost $26 billion worth of stock. Yet as large as it was, the IPO gave investors access to just a tiny fraction of Aramco's overall outstanding shares. The current valuation gives Aramco a market capitalization of almost $1.9 trillion -- dwarfing the top stocks trading on U.S. stock exchanges right now.

Yet what investors need to understand about the offering is that Aramco will remain firmly under the control of the current Saudi government. All in all, investors will own less than 2% of the company, and decisions on pricing and production levels won't be something that shareholders can expect even to have indirect influence on going forward.

Nevertheless, some U.S. investors might get exposure to Aramco through mutual funds and exchange-traded funds. With such a small float and high valuation, it'll be interesting to see how institutional investors handle adding positions in the oil giant.