Please ensure Javascript is enabled for purposes of website accessibility
Log In Help Join The Motley Fool
Free Article Join Over 1 Million Premium Members And Get More In-Depth Stock Guidance and Research
By Lou Whiteman - Dec 11, 2019 at 11:58AM

There was another quarterly miss driven by weakness in a newly acquired business.

Shares of United Natural Foods (UNFI 1.93%) fell more than 20% this morning after the food wholesaler reported quarterly earnings well short of expectations and suggested it is still struggling to integrate its 2018 acquisition of rival SUPERVALU. Management believes better times are right around the corner, but investors on Wednesday were in no mood to stick around to find out.

Before markets opened today, United Natural Foods reported fiscal first-quarter adjusted earnings of $0.12 per share, well short of the $0.26 consensus, despite revenue of $6.02 billion that beat estimates by more than $200 million. Gross margin in the quarter fell to 12.81% of net sales, down from 14.38% in the first quarter of fiscal 2019, due largely to the addition of SUPERVALU's less profitable inventory. 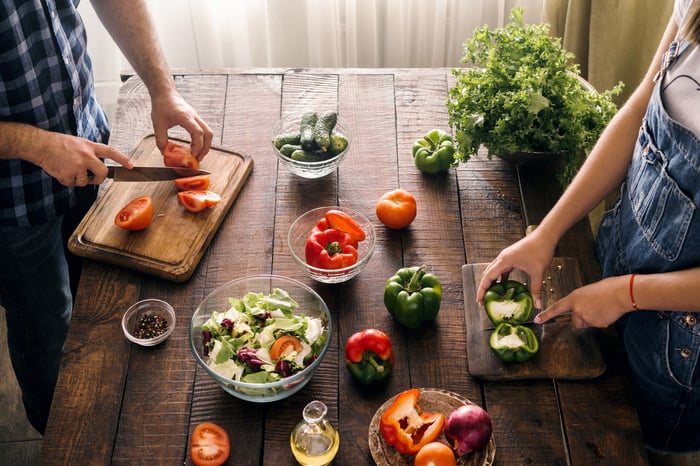 CEO Steven L. Spinner issued a statement saying he believes his company is well positioned to improve results as the fiscal year goes on.

"We entered the new fiscal year operating with an unmatched geographic footprint, the largest variety of products and services in the industry and the critical scale needed to succeed over the long term," Spinner said. "As we look to the remainder of fiscal 2020, we are committed to converting our sales momentum into improved earnings and cash flow."

This was United Natural Foods' second consecutive ugly quarter, and shares are now down 84% over the past three years. Given how far they have fallen, shares might be near a bottom. But investors would be wise to wait for some concrete evidence of a turnaround, and not just management optimism, before buying back in.