Lyft (NASDAQ:LYFT) and its ride-share rival Uber (NYSE:UBER) have a pricing problem. Both companies used cheap prices as a way to build their businesses and win market share from traditional taxis. That's worked -- but it's a flawed business model, because both companies still exist.

You can argue that both Lyft and Uber have achieved critical mass when it comes to customer acquisition, and in many cases that's when a company can cut its marketing spend and start to raise prices. Lyft and Uber can't do that, however, because it's easy for consumers to switch between the two. That leaves both businesses in a position where losses will continue even as market share grows. 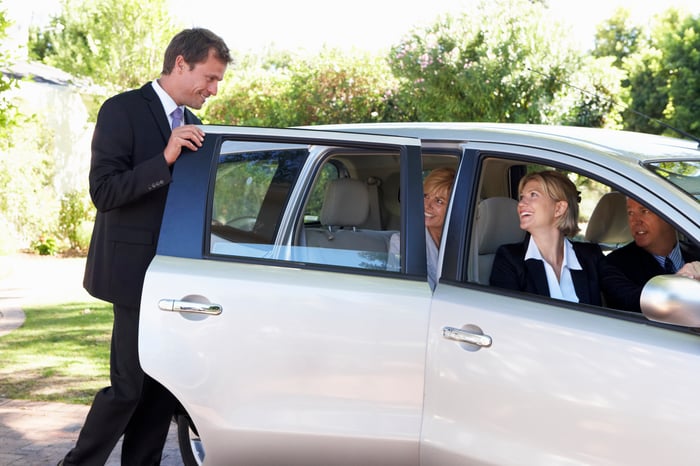 To be fair, the 2019 loss has some one-time charges, and looks worse than it actually is for ongoing business purposes. But while Lyft has grown revenue, it continues to lose money, with no signs of profitability ahead. That has not stopped CEO Logan Green from issuing the requisite positive spin along with a promise of future profitability in his remarks in the company's Q3 earnings release:

Record revenue was generated by strong growth in both Active Riders and Revenue per Active Rider as we continue to increase engagement through product innovation and execution. Our continued focus on consumer transportation is yielding meaningful improvements in monetization and strong operating leverage. As a result of the continued strength of our execution, we are updating our outlook for 2019. Importantly, we now expect to be profitable on an Adjusted EBITDA basis in the fourth quarter of 2021.

That sounds nice, but it's not supported by the company's actual business model. You can't execute away not charging enough for your core service, and it's unlikely that Lyft will find ways to inch up prices as long as it faces continued battles with Uber.

Don't buy stocks based on the idea

Lots of good ideas fail because the economics don't work. Lyft and Uber clearly meet a need for consumers -- one many people did not even know existed before ride-sharing became a thing. The problem is that two companies fighting to disrupt an established industry often need consolidation to succeed.

That's what happened in satellite radio -- another good idea. There were two players driving each other into the ground. That eventually forced consolidation into one company, and that entity -- SiriusXM -- has at least proven to be a viable business.

Lyft has a strong customer base and has proven demand for its services, but it can't make money until it lowers costs and/or raises prices. The company has not shown it can do either, and until it does it's not a great investment.