Netflix (NASDAQ:NFLX), Disney+ (NYSE:DIS), Hulu, HBO Max, YouTube TV...there are so many streaming subscriptions, I can hardly keep up. So, I took stock of my household to see what we're watching now and where we should be investing our streaming dollars.

My two-and-a-half-year-old would be devastated if we cut Disney+ from our home viewing experience. Hulu and HBO Max have a few shows my wife and I watch and nice catalogs to fall back on when we're doing the modern equivalent of flipping channels. And I would cut YouTube TV, but then how would I watch the few sporting events I want to catch every week?

When I suggested cutting Netflix, there wasn't much resistance from anyone. Let's do it. And that may be Netflix's problem in a world where everyone is launching a streaming service. Despite spending billions of dollars on content, there's nothing specific keeping customers loyal to Netflix. 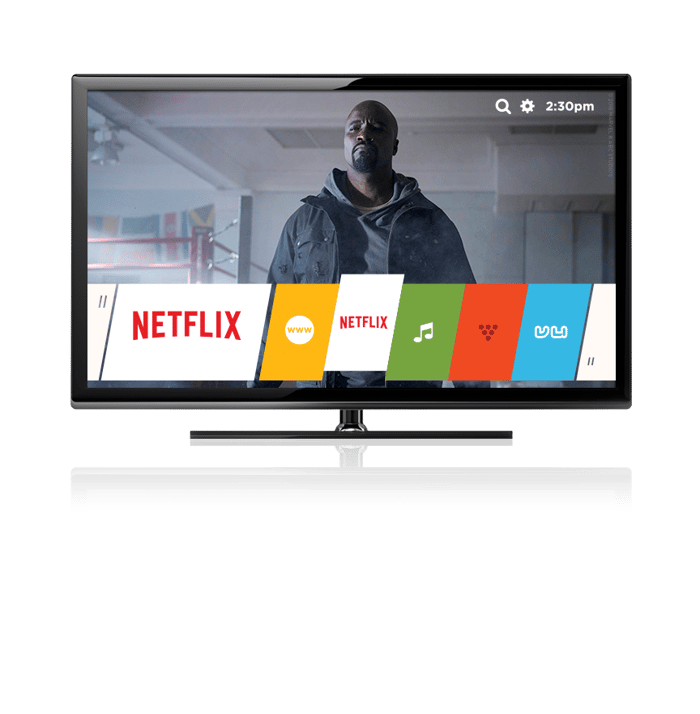 Content has always been king in the media business, but what exactly does that mean? Is the volume of content most important? Are a few high-quality titles what matters?

The right answer is obviously a combination of the two, but I don't see any real coherence in Netflix's content strategy. It's buying everything out there but doesn't dominate any specific market and hasn't built any franchises that seem like they'll stand the test of time.

Contrast that with Disney, which has meticulously planned the last decade of Marvel films and is just now starting to roll out what could be decades of Star Wars content. Add in Pixar, and fans of all ages have tentpole titles to keep coming back to over and over again.

HBO Max and the Peacock app can make similar claims to Disney that they have a large vault of nostalgic names. HBO Max is offering Game of Thrones (and spinoffs), Friends, and Sesame Street. Peacock is bringing The Office, Frasier, and Saturday Night Live to its streaming platform.

In a battle for content, competitors simply have more tentpole names to point to than Netflix does.

There are two factors Netflix bulls often point to as competitive advantages, but I want to question both of them here.

The first is that Netflix's investment in original content is building a massive library for consumers to dive into. The library may be big, but I have no emotional attachment to any of it.

I care much more about the Marvel universe or catching up on Star Wars content than I do about anything on Netflix. By contrast, I never watched more than a season of Orange is the New Black or House of Cards, arguably Netflix's tentpoles.

There's no nostalgia in Netflix's content, and there's so much of it, I couldn't possibly keep up if I wanted to. Given the flood of content, the "water cooler" talk about a new show usually amounts to something like, "Have you seen new show X?", and a response like, "No, what's that about?" There's no common viewing experience with Netflix shows, and if I want to fall back into a comfort zone, there are much better options on Disney+, HBO Max, or the upcoming Peacock TV.

For kids, there's nothing quite like Disney, and Netflix hasn't made a dent in that thesis, at least in my house.

The second thesis many Netflix bulls use is that Netflix's algorithm is so powerful that no one could possibly top it. Sure, Netflix has years of data on what I watch, but it can only show a handful of options at a time, and with a firehose of new content that it's trying to promote, it seems like I spend more time scrolling through content I've never heard of than I do watching shows.

Data is only as good as what you do with it, and Netflix's algorithm may be able to know everything about what I've watched over the past decade, but it hasn't been able to keep me from switching my viewing to newer apps with fewer scattershot pieces of content.

Netflix has a money problem

I might not be the only one canceling my Netflix subscription. Earlier this week, Needham analyst Laura Martin predicted that Netflix will lose 4 million subscribers in the U.S. in 2020. If anything close to that happens, Netflix will start to have a real cash problem.

You can see in the chart below that Netflix is burning through billions of dollars in cash in order to build out its original content library. That buildout is based on the idea that subscriber revenue will grow long term. 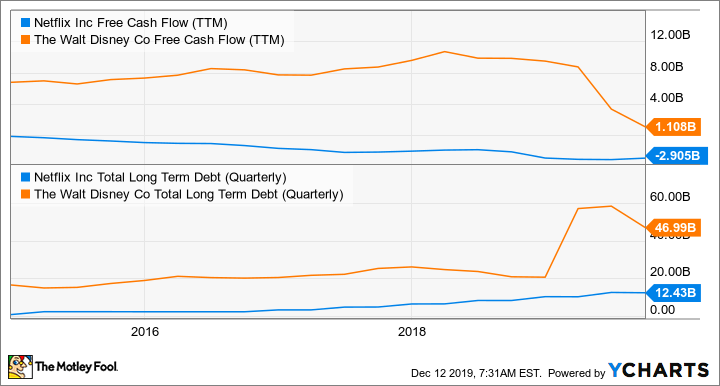 On the other hand, Disney is generating billions of cash that it can pour back into content. The blip you see in the last 12 months is largely due to acquiring Fox, another play to add content.

Competitors like NBCUniversal and AT&T (NYSE:T) (which owns Time Warner and HBO Max) are also cash-rich and have businesses outside of streaming that can help fund their streaming efforts.

Netflix has always been the smaller upstart in media, and it was a growth stock that investors fell in love with easily. But it's getting real competition now, and if that undermines the company's growth story, it won't be good for the bottom line.

Investors will want to watch the subscription trend closely, because Netflix's stock still trades at over 7 times sales, a big premium if the company's growth slows. And remember, Netflix still isn't generating cash from its business, and it just lost one longtime paying customer.