If you're an income-oriented investor, you probably like dividend stocks for their steady payouts. But no investor minds profiting from solid growth on top of nice dividends.

Can you get both high dividend yields and meaningful share appreciation in the market today? I think so. Here are five high-yield dividend stocks to watch over the next year that just might deliver on both counts. 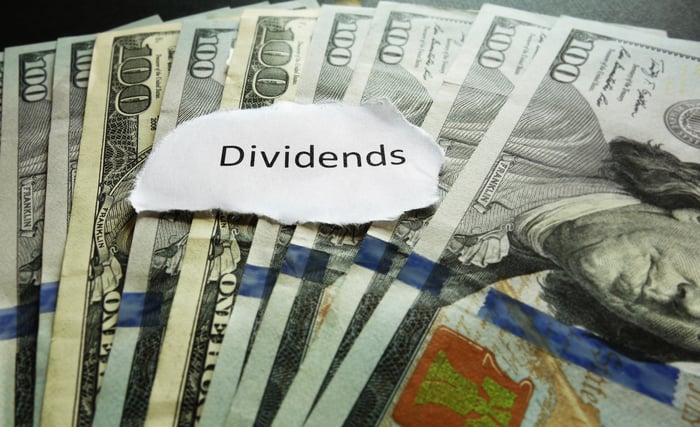 AbbVie's (NYSE:ABBV) dividend current yields nearly 5.5%. What's even better is that the big drugmaker has a fantastic track record of dividend hikes. AbbVie has increased its dividend for 48 consecutive years including its time as part of Abbott Labs (NYSE:ABT).

Although AbbVie's year-to-date performance has been dismal, I look for 2020 to be a better year for the stock. Humira will remain the top concern for the company because of challenges from biosimilars in Europe. However, AbbVie's year-over-year comparisons for the drug should be much better next year than they were in 2019. In addition, the company has two new immunology drugs on the market -- Rinvoq and Skyrizi -- that ranked in the top five new drugs launched this year. Expect sales for both drugs to pick up considerably in 2020.

2019 has been a great year for Brookfield Infrastructure Partners (NYSE:BIP), with its shares soaring close to 50%. Investors also have to love the infrastructure company's dividend yield of 3.9%, which was a lot higher before the stock's tremendous gains.

Brookfield Infrastructure's management team thinks that 2020 will be yet another great year. The company is investing in several projects that will expand its operations. It expects to soon close on key acquisitions, including communication towers in India and a global railroad operator, that hold the opportunity to generate strong returns. Brookfield has also initiated efforts to boost profitability. With all of this combined with the steady revenue stream from the company's existing infrastructure assets across the world, I look for this dividend stock to continue its winning ways next year.

Chevron (NYSE:CVX) has provided positive gains for investors so far in 2019, but its stock has trailed well behind the S&P 500. However, the big oil company continued to distribute the dividends that investors like, with its dividend yield standing at a little over 4%. And its share price has held up relatively well despite Chevron's announcement that it will write down $11 billion in assets in the fourth quarter.

You'll definitely want to keep your eyes on Chevron in the year ahead. The company has a strong balance sheet and isn't spending as aggressively as most of its peers. That puts Chevron in a great position to profit if oil prices rise -- and gives it a solid foundation to take on more debt if oil prices fall. There's no way to know what will happen with global oil markets in 2020, but Chevron is arguably among the best-positioned oil companies to handle whatever comes its way.

IBM (NYSE:IBM) has lagged well behind the broader market in recent years but is performing pretty well so far in 2019. Big Blue's mouth-watering dividend yield of nearly 4.9% makes the stock's gains even more appealing. And there are a couple of reasons IBM could deliver an even better performance in 2020.

The huge tech company's acquisition of Red Hat earlier this year should really begin to pay off in the coming year. IBM's revenue is likely to increase by at least 5% in 2020 from the addition of the open-source software company. Also, IBM's new z15 mainframe should fuel higher sales beginning in 2019 Q4 and going through most of next year.

Verizon Communication's (NYSE:VZ) year-to-date performance has been so-so. But its dividend yield of a little over 4% remains spectacular. The telecommunications giant has increased its dividend payout for 13 consecutive years.

That strong dividend might not be the primary attraction for Verizon in the future, though. Verizon's investments in high-speed 5G networks could transform its business. CEO Hans Vestberg predicts that half of the U.S. population will have access to 5G by the end of 2020, although it will probably take another four years for all of those individuals to have 5G phones and fully benefit from 5G. Verizon appears to be a high-yield dividend stock that long-term investors will want to keep on their radar screens.